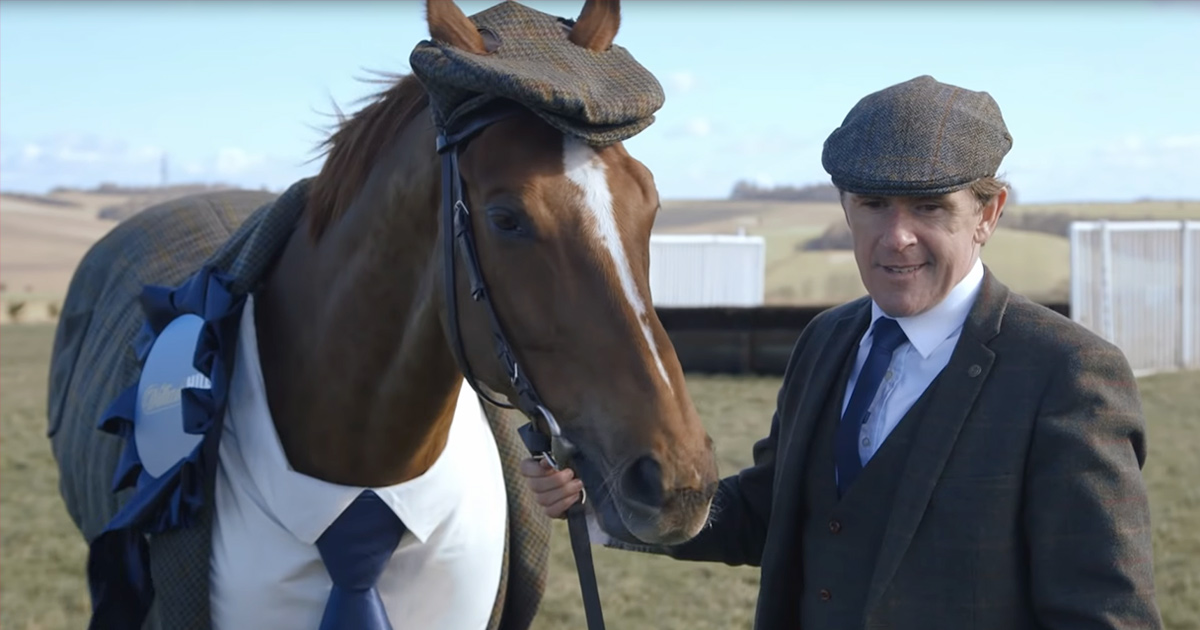 We all love to dress well. Nobody really wants always to be seen in their worst, just-woke-up type of look – unless, of course, you’re Kendall Jenner or Angelina Jolie. Well, this star of the horse racing festival was neither of those two celebrities, and he managed to shine amidst the well-dressed visitors.

This was veteran racehorse Morestead, who made an appearance in the festival wearing a three-piece tweed suit, designed by none other than celebrity stylist Emma Sandham-King. She used to be an apprentice with Alexander McQueen, so her fashion sense and style definitely came into the forefront.

Creating the first tweed three-piece suit for a horse, the outfit was completed in an amazing four weeks. And before you think it was only a suit, the horse also had a shirt, a tie, and a flat tweed cap that represented the epitome of conventional British horse racing style.

William Hill commissioned this outfit and who better to unveil this superbly dressed horse than 20-time champion Anthony McCoy, a racing legend in his own right.

Folks, this is no ordinary tweed, but 18 meters of the finest Harris Tweed was used in making this garment. Whew! I love the uniqueness, the fashion statement, and headline-making garment, but what’s really got my brain working overtime is – What on EARTH is that horse going to put in his pockets?? LOL. Check out this handsome stud in his fancy suit in the video just below.