Not everyone’s aware of it, but there are hundreds of dogs that work very hard and make lots of sacrifices being service dogs for the police and the military. The video above brings us the story of Kye, a black German shepherd who died heroically on the line of duty when he was just 3 years old. He was fighting an armed thief when he got badly wounded, and even though he was rushed to the hospital, they couldn’t save him. He was fully honored for his service with a big ceremony, as reported by this news studio.

You can see over a thousand people gathered to honor Kye after his death, and many other service dogs are seen paying their dues, too. The police department he worked in shared a touching picture of the sergeant giving his last goodbye to his friend, and it’s one of the most moving things I’ve seen in a long time. Thousands of people shared the picture as it went viral, and it’s easy to see why. It’s hard not to be heartbroken after learning about such a brave sacrifice and how people gathered to honor it.

Watch this beautiful story above. If you liked it, share it with your family and friends on Pinterest! 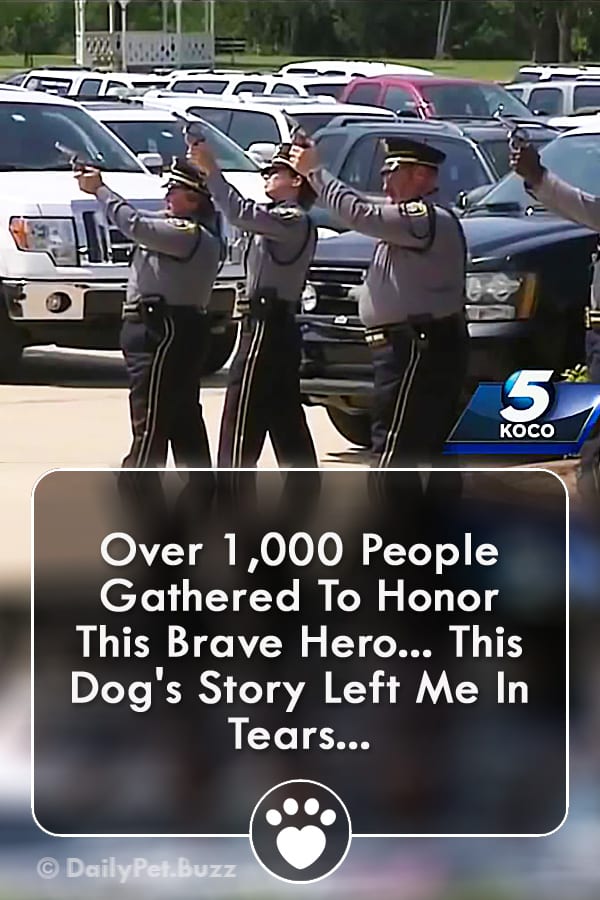