Dogs are very nice and social animals. Our centuries of chemistry make it easy to understand when a pup feels guilty. Even though there is no scientific evidence of  pooches feeling guilt, as we do, any dog owner will be able to describe their pet’s downcast behavior when they misbehave! Those big, wide puppy eyes? The bowed head and look of shame? Those may be learned behaviors, but it’s probably not too much of a stretch to also assume that, most of the time, they have a pretty good idea of their errors.

I have come across my fair share of hilarious videos of doggies that just cannot confront their masters. There was this one pup who hid herself in the bathroom, seemingly praying to all her gods for forgiveness. Or a golden retriever that ate the cat’s treats and was desperately trying to avoid responsibility! These are just precious and funny!

However the video above is funny for another reason entirely. After a few tater tots mysteriously disappeared, an owner approaches her dog Chase and asks what he’s got crammed in his mouth. Keep in mind he appears to be chewing nothing, but it’s tough to miss those puffed cheeks. A guilty, albeit adorable, look if I’ve ever seen one. 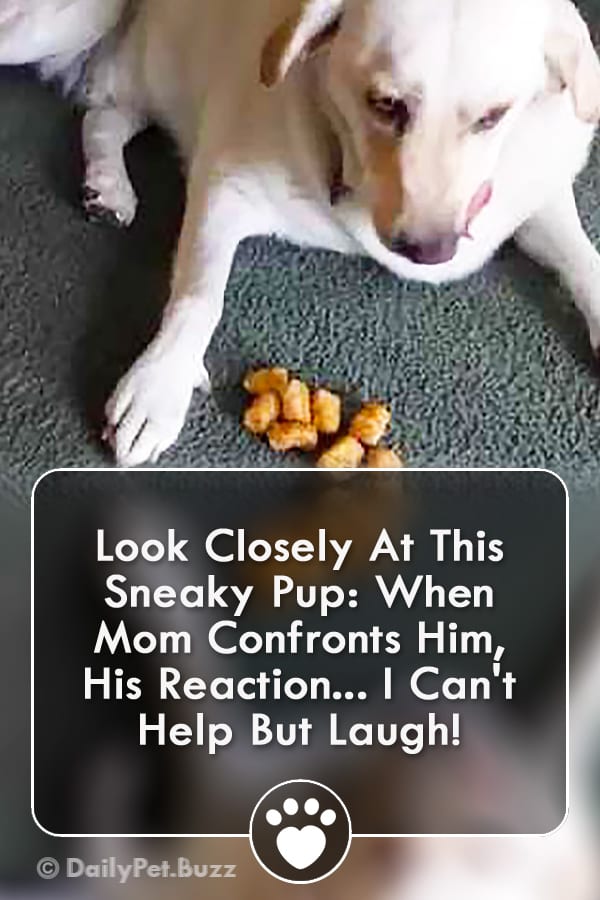