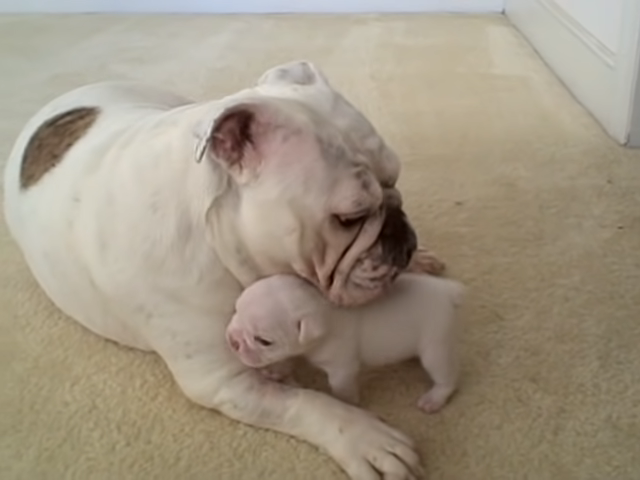 Moms love their kids. That’s a fact. It’s also a fact that a mother’s love can drive a kid crazy, especially when you’re a rambunctious young pup on the move, and you have no time to listen to mom.

The little guy is named Elvis. He was born with a cleft lip and had a permanent sneer on his face, thus earning him the name. In this video, Elvis has some choice words to share with his “over-caring” mom Patches.

Poor Patches was only trying to show some love, but Elvis had had enough. Mom had been sniffing him, and I guess she was disturbing his exploration of the carpet. 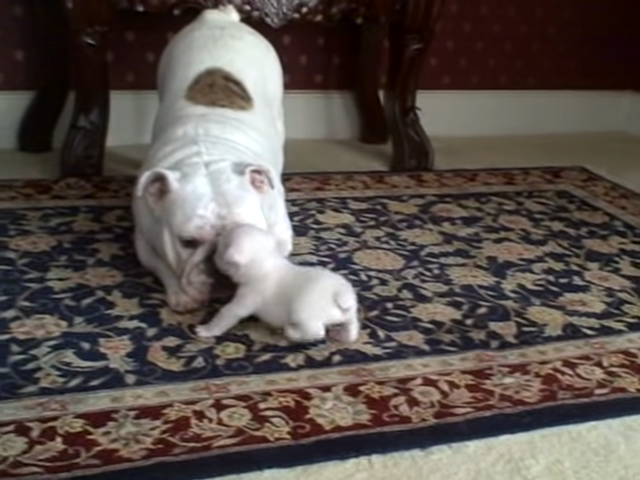 When she put her paw on his head, he immediately started barking and surprised his mom! This little pup displays the most adorable tantrum, and you cannot help but smile at his antics.

It looks like these two are still getting to know each other, and mom Patches tries to play a little bit, but the puppy isn’t ready. He’s always exploring his surroundings, so Patches investigates the camera briefly but soon goes back to her pup who is still protesting all the attention.

But when Patches tries to ignore him for a while, he silently goes up and cuddles next to her! The baby had been bottle feed until he was on solid food. He has now become an active and energetic dog. He was adopted by a veterinary technician who had helped treat him from birth.

Watch this puppy’s tantrum in the video below! Isn’t he adorable? Let us know what are your thoughts about this in the discussion section!