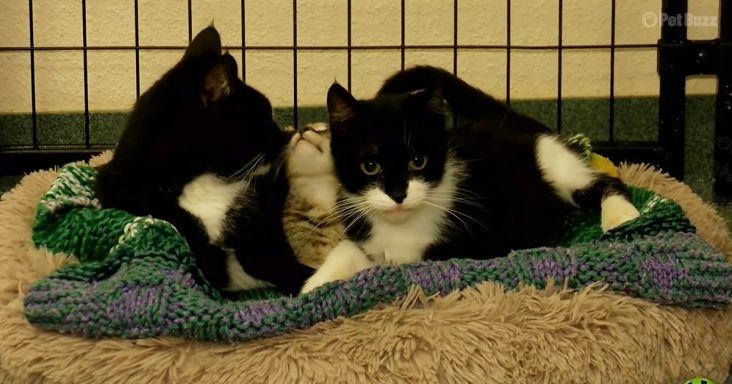 Sioux City animal adoption and rescue center took care of a remarkable trio of cats; one of them was blind. They first took in the cat with no eyes, and he was named Keller.

Keller was confused and lost. A day later, they took in a female cat that they assumed was his mother because she was his seeing-eye cat. She guided him and never left his side. Her name was Annie.

When Annie arrived, she was unwell, and they had to treat her. Thankfully it wasn’t long before she was back with Keller. The two of them were inseparable.

Annie was very protective of Keller and didn’t let any other cats near them. The rescue center thought about bringing in a new kitten to their family. 9-week-old Trixie was a small cat with a big personality.

Trixie was an excellent addition to the duo of Keller and Annie. They took him in with lots of love, and he continues to learn a lot from them. Keller and Annie walk side by side, and Trixie is learning to do the same.

They gave them toys with bells, so Keller could follow the sound and play with them. The rescue center was thrilled to see the three of them getting along.

Since the three cats are now part of an unbreakable trio, the rescue center aims to find a loving family willing to adopt the trio together. 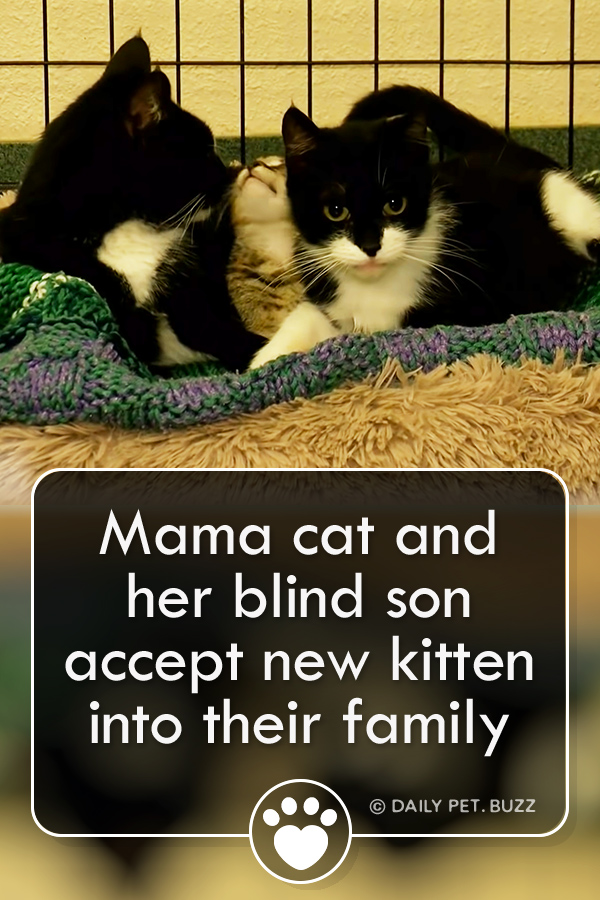