For 3 years Jared Piper had seen the same dog chained up, never interacting with a human. Whenever Jared passed by this backyard, the dog would growl at the unwarranted visitor, and Jared would carry on again. But one day, this changed. Jared decided to stick around, and as he got on the ground, and simply waited. He would console the dog by telling him everything would be ok. That was what would become the beginning of an amazing rescue story.

Sadly, some dog owners will neglect their animals if they decide they are vicious and dangerous. But often the reality is that the fierceness of the animal was brought on by the neglect. This would be the case with Rusty Diamond. Like a diamond in the rough, Rusty was rescued from a life of neglect, and his harsh nature simply melts away.

It never ceases to amaze me the effects human interaction can have with animals. Not only did Rusty respond calmly to the affection Jared gave him, but he thrived on it, and he now loves interaction with humans.

What did you think about his video? Let us know in the comments. We’d love to hear from you! 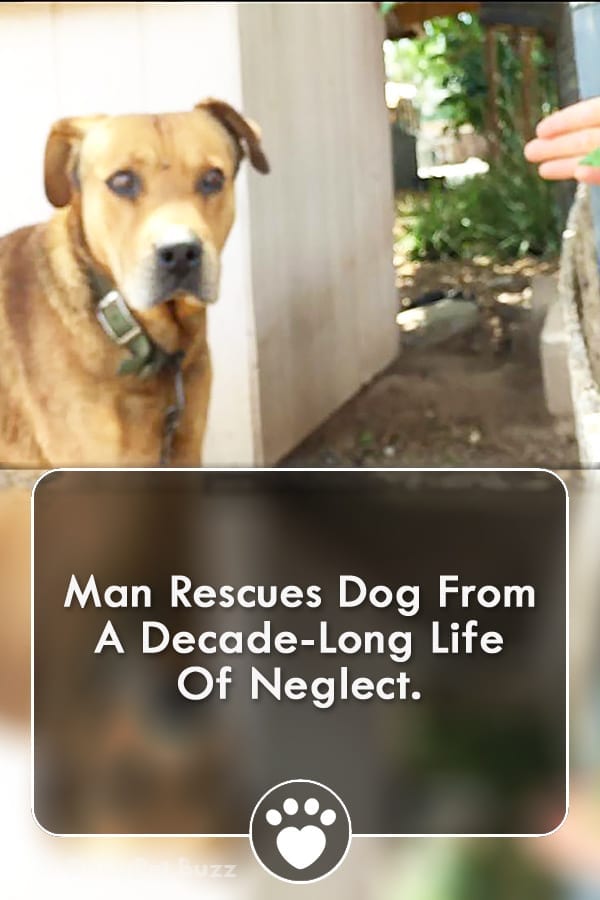