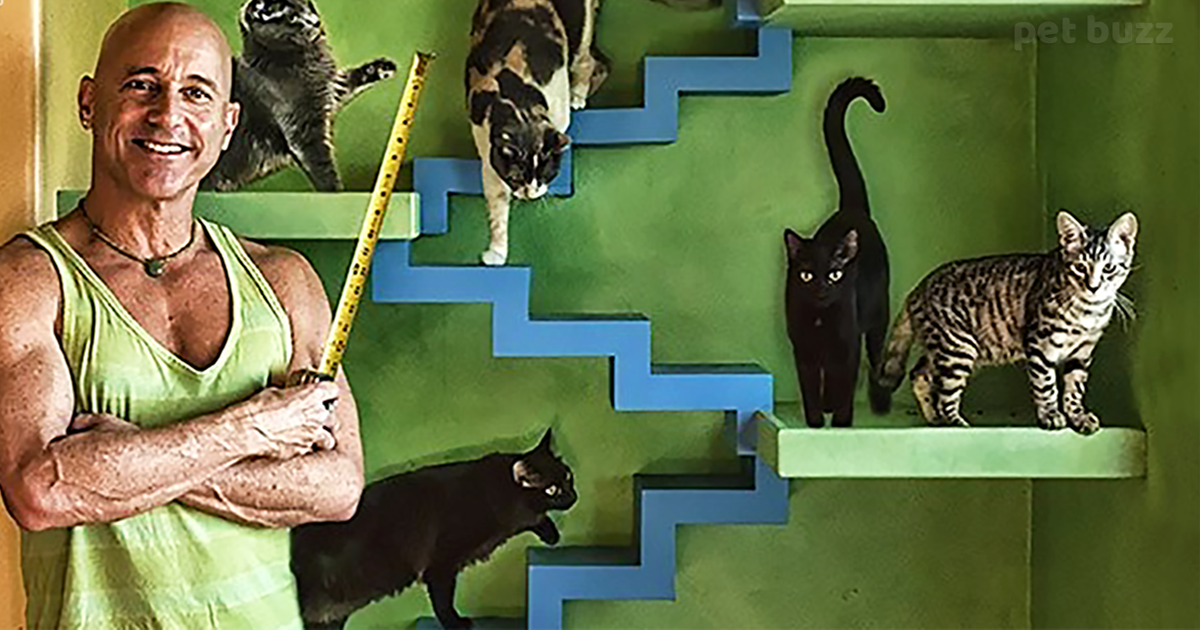 You’ve undoubtedly heard horror stories about a “crazy cat lady” who has way too many cats, living in unsanitary conditions. Well, the crazy cat lady has evolved into something else entirely in this situation. Peter Cohen, Manuel Flores, and Hiroyuki Furumoto have spent well over $50,000 over the years transforming their home in Goleta, California into a feline paradise.

It all started back in 1988 when Peter bought the house. Two feral cats lived outside at the time. Both the cats were hit by cars, and one sadly did not survive his injuries. After several reconstructive surgeries for the remaining cat, Peter decided to bring the cat inside to avoid any further accidents.

The one cat needed company, so Peter adopted a few cats from a shelter. From there, the numbers kept growing. Peter and his two roommates, Manuel and Hiroyuki now have fifteen cats living in the home with them.

Peter’s large California home is a sprawling network of horizontal and vertical spaces for the cats to enjoy and explore. A variety of catwalks connect the entire house, allowing the cats numerous ways to get around. Peter admits that he could have made the catwalks a lot cheaper, but all of the shapes and colors are partially for him as well – he enjoys the architecture of all the colorful spirals, arches, bridges, and tunnels.

The Koi pond is a favorite spot for the cats, obviously. While the cats are able to walk out onto the pond on the rocks and stick their paws in the water, there surprisingly have not been any Koi fatalities over the years.

You would think with this many cats in one space that the home would be full of cat hair and smell like a giant litter box, but the entire home is spotless without a single trace of litter box odor. Peter designed special closets for the majority of the litter boxes – 22 to be exact – that have exhaust fans that are vented directly outside, and the tile floors stay relatively hair-free thanks to 5 Roombas.

The three men find it enjoyable and relaxing to watch the cats play and interact with each other on the variety of spaces they’ve provided for them. To them, it’s therapeutic.

Peter tries to adopt cats and kittens from shelters that people don’t want, especially those that have been traumatized. In an interview, he spoke about rescuing these cats that most others would avoid. “They give us unconditional love, and building the catwalks is one way of expressing my gratitude for that…It brings a lot of satisfaction.” He continued, “We can’t solve the world’s problems, but I can solve this tiny problem for these cats.” 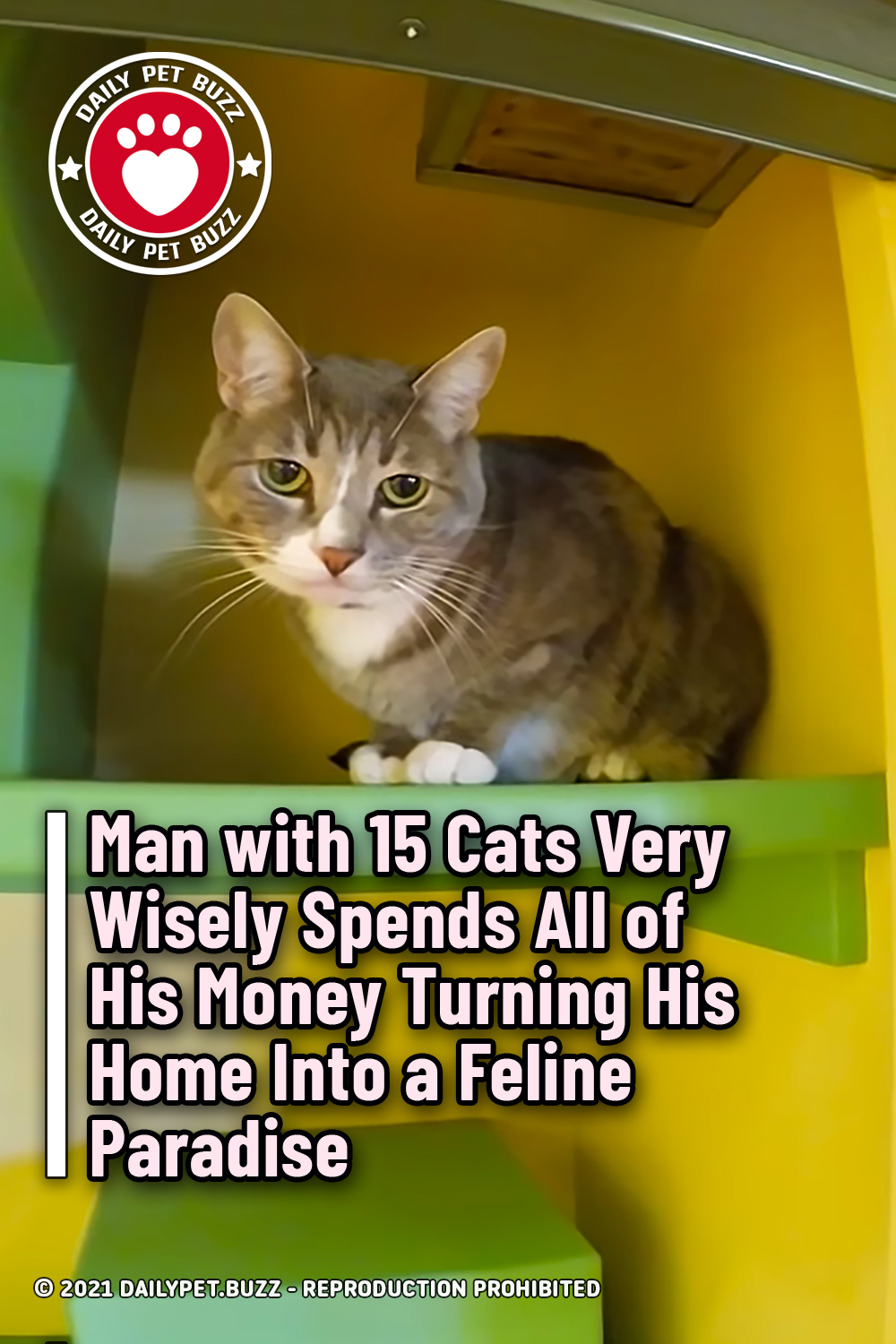