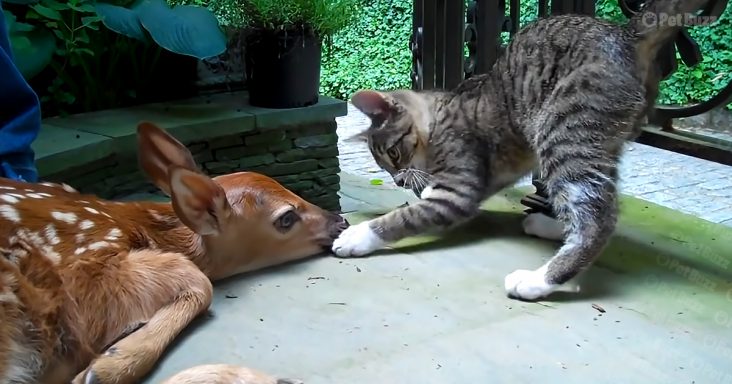 When Miro the kitten walks out of the house with his two human friends he sees something he does not expect. It is a big furry creature with hooves.

He must not have seen anything with hooves before, and it’s laying on the ground, so incredibly still. Though its eyes are wide open and it’s breathing heavily. Maybe it’s sleeping.

Miro approaches cautiously, trying to understand what is in front of him. He pounces playfully and starts to tap the animal with his paws. But it doesn’t seem to care.

Despite the creature’s stillness, it doesn’t discourage Miro, instead, it seems to make him more excited. He starts to go all over the furry figure to smell and touch every nook and cranny.

It doesn’t have a scent that Miro seems to recognize. His human friends call him a bully for not being able to leave the resting animal alone.

The kitten can’t seem to understand how something can be so still. Even with all his playfulness, he can’t seem to wake his new friend. Miro must think the creature is really tired.

Even with no reaction from the furry animal, Miro seems quite satisfied with his work. He takes a spot across the floor and strikes the same restful pose, watching closely. 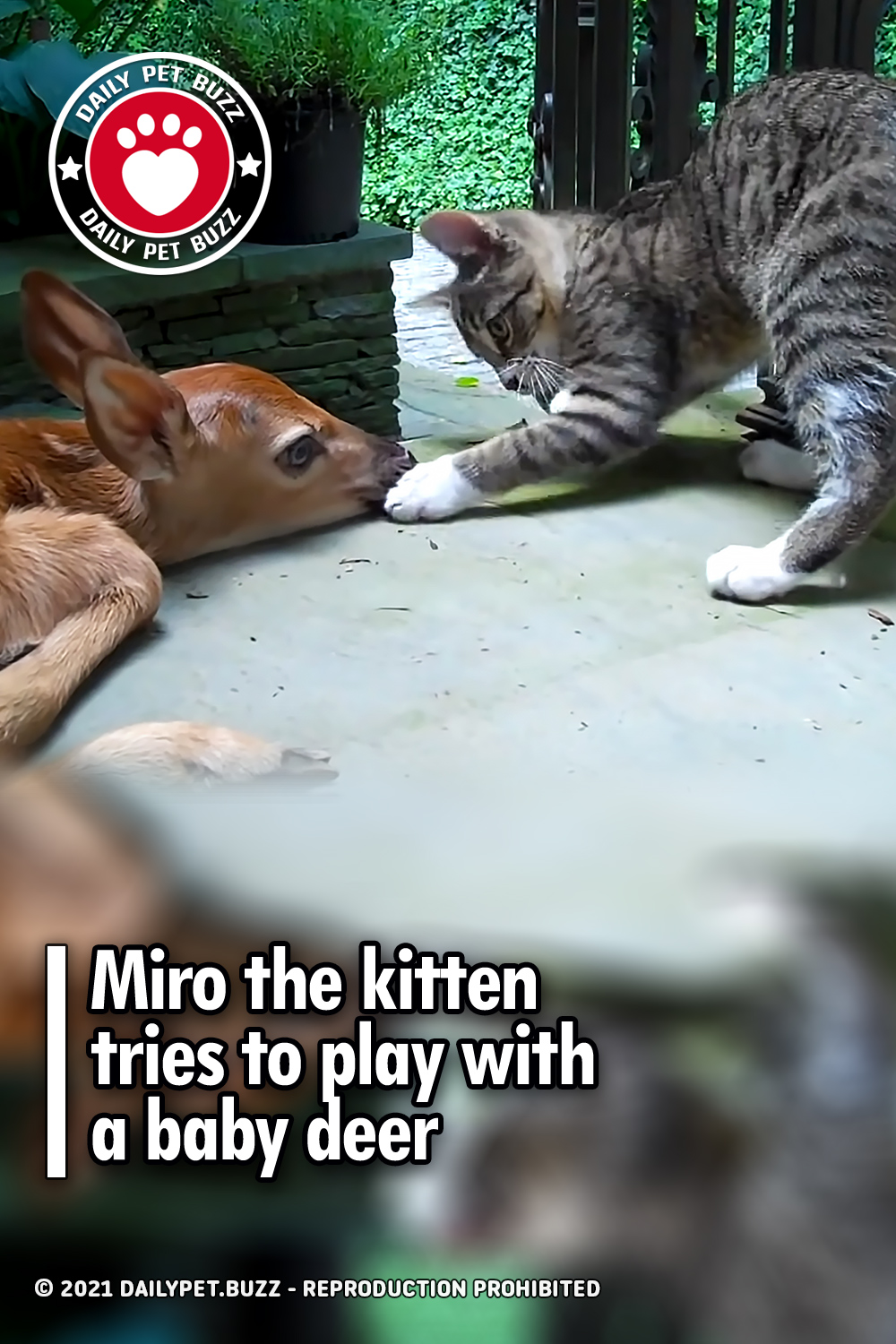