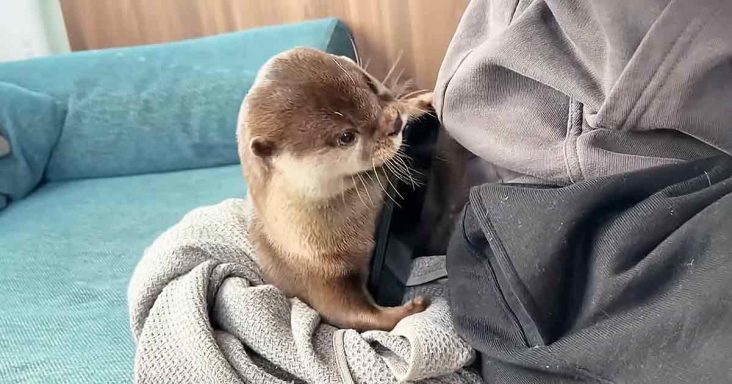 Kotaro, the otter, has an obsession with smartphones. It has gotten to the point where he is always stealing his dad’s phone straight from his pocket.

He tries to be sneaky about it, but he’s not a very quiet otter. To get into the pocket, Kotaro will squeeze his whole face and hands into the tight space.

Meanwhile, his dad is watching him desperately squirm to reach for the tantalizing device. Then finally, Kotaro has a hold of the phone, and he quickly pulls it out.

Kotaro will chew on the phone and roll around with it while holding it with both hands. It has become a habit for Kotaro. If he gets bored of it, he will leave it lying around.

When Kotaro and his sister, Hana, take a bath, he still wants to play with a phone. He is given a phone case, so he doesn’t get the real thing wet.

Even if he enjoys playing and chewing on the case, Kotaro still wants the real thing. Hana is often nearby and thinks Kotaro is foolish to be asking for a phone.

At the end of the day, Kotaro knows he won’t get his own phone. He is happy grabbing his dad’s and rolling around on the floor with it. 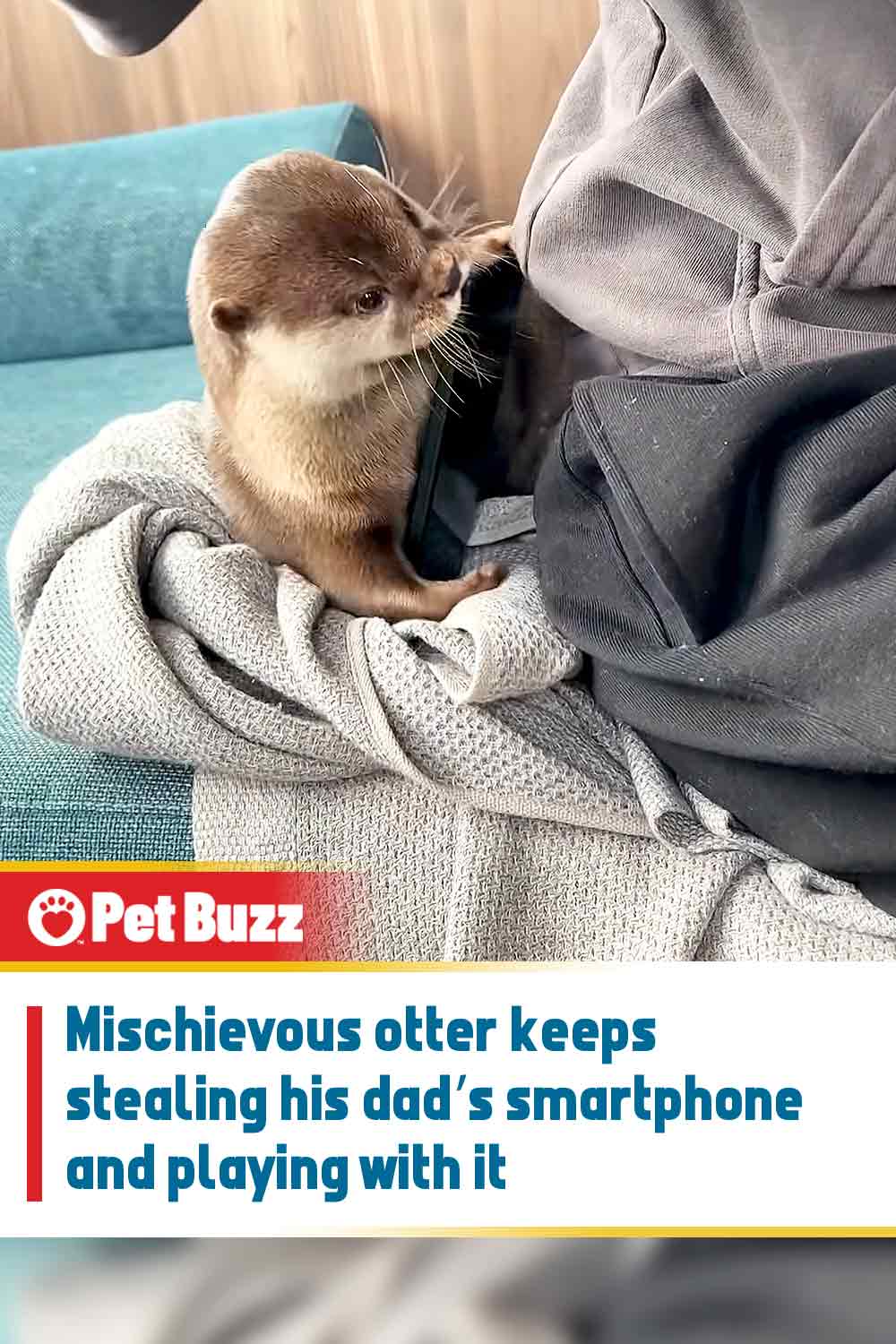