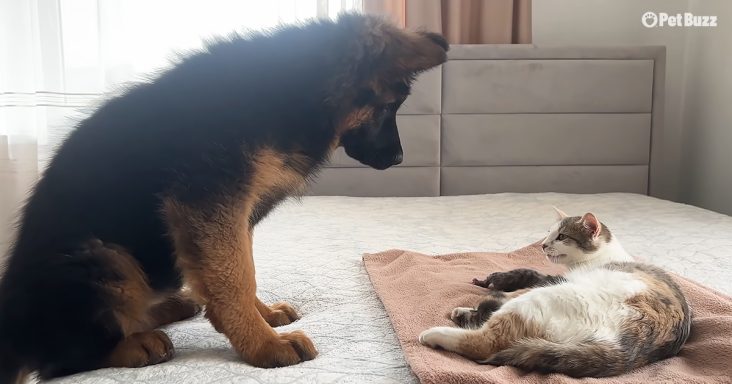 An adorable German Shepherd puppy met a mama cat and her four tiny kittens for the first time. The cat was curled up with her kittens on a soft bed.

Then the German Shepherd walks into the room carrying a green octopus toy in his mouth. His floppy ears bounce up and down as he approaches the feline family.

He is both curious and excited when he notices the small squirming babies happily eating. The puppy puts his front paws on the bed, and the mama cat watches him closely.

At the moment, the mother isn’t too aggressive towards the puppy, but she is being wary. The German Shepherd is reminded by the humans not to be too rough or excited around the kittens.

When the puppy climbs onto the bet, he sniffs the cat and the kittens. The mama cat hisses at the puppy to remind him to keep his distance. She doesn’t fully trust him yet.

The adorable puppy walks around the cats and licks the mother’s head and face. The mama cat is appreciative of this gesture until the German Shepherd becomes too rough, and she hisses at him again.

Eventually, the puppy calms down, and he is able to lie down next to the cat and her kittens. The four cute kittens don’t notice the puppy, who is a giant compared to them. 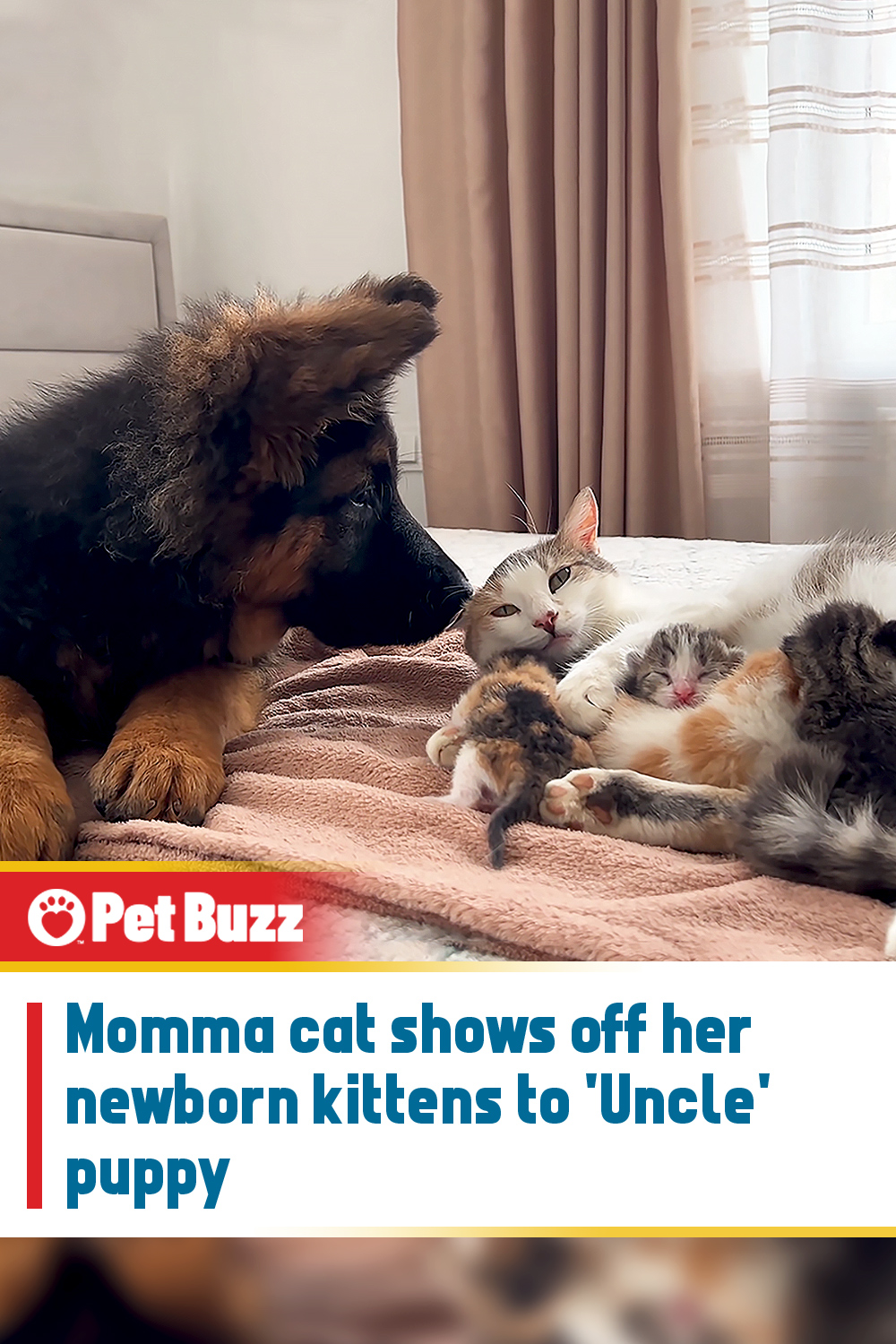