One thing’s for sure: it takes a really sick person to abuse and torture animals. In fact, this sort of behavior is a well-known warning sign of various forms of psychopathy, notably antisocial personality disorder. Sadism directed at animals is also one leg of the “McDonald Triad” of behaviors that indicate someone is likely to become a violent criminal. Just how strong the link between animal abuse and other violent behavior is endlessly debated, but there’s an abundance of anecdotal evidence that people who start by abusing animals move on to abusing people.

The police in St. Louis, Missouri got a call about a mentally ill person at a local church who needed help. When they arrived at the scene, they found something far more urgent: a dog was lying on the ground bleeding profusely. One of the officers promptly summoned the Animal Cruelty Task Force at the Humane Society of Missouri. Later, the veterinarians who treated the poodle mix named Frannie counted a total of 19 stab wounds on her neck, back, and chest. The unfortunate little dog was suffering from blood loss, trauma, and shock. Her injuries were so bad, they had doubts about whether she was going to survive. By some miracle, Frannie was already much improved after just a few days. After a month, she was almost fully recovered.

When the police officer who found Frannie heard she’d pulled through, he was so happy that he decided to adopt her! Once this little survivor got the say-so from the vets, she was off to her new forever home. We’ve posted Inside Edition’s coverage of this story below. You’ll see how lucky Frannie was to survive such a vicious attack.

Once your blood stops boiling, let us know what you thought about this story. Don’t forget to like and share: it’ll help raise awareness of the need to fight animal cruelty. 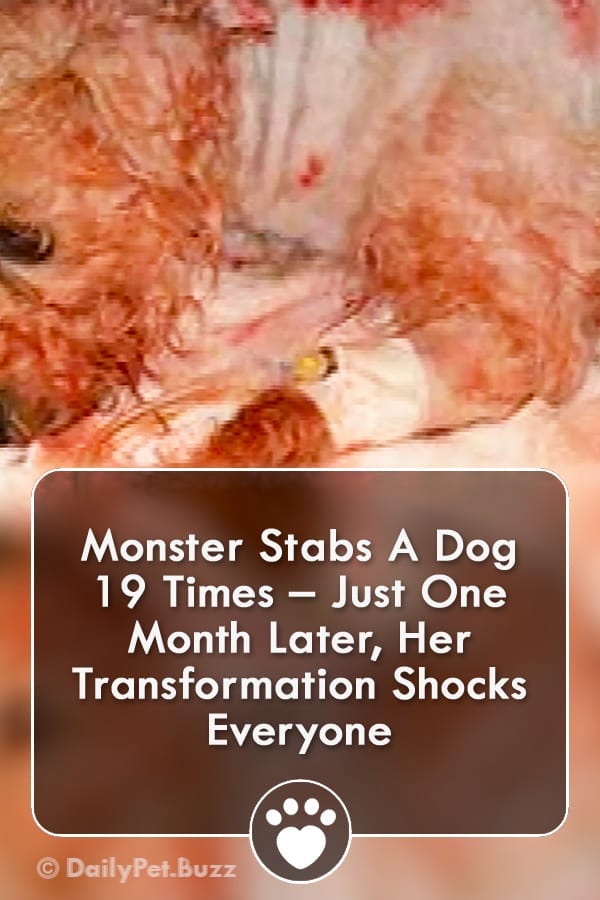