Valia Orfanidou was absolutely heartbroken when she saw Billy for the first time. The sick, malnourished dog was spotted roaming around a rural area in Greece. His rescuers and medical staff had never seen such animal neglect before. There are programs in Greece to assist with the care of street dogs, but this one had apparently been missed. Imagine what this poor pooch went through!

When Valia saw the very first post about Billy on Pinterest, she decided to help him. The dog was in a terrible condition when he was taken to the vet. Valia thought she would be advised to put him down, but thankfully, that was not the case.

Volunteers went to get the poor, emaciated dog, and he was distrustful of humans, but was too weak to put up a fight. He was resistant on the leash, but not uncooperative. The vet did a blood test and they took Billy home for the night to wait to see what the vet said about treatment.

The vet ran the tests, and called her the next day to inform her that Billy was treatable and to bring him back. After just one night of treatment, he responded well. Though he was suffering from a terrible case of mange, bacterial infections, and parasitic disease, they were not incurable.

After just two months, Billy became a gorgeous, loving, trusting dog again. His fur was shiny and black, he had energy and hope, and most of all, his beautiful spirit returned. What a wonderful success story.

Watch Billy’s unbelievable transformation below! Did this touch your heart? Share your thoughts with us in the comments section! 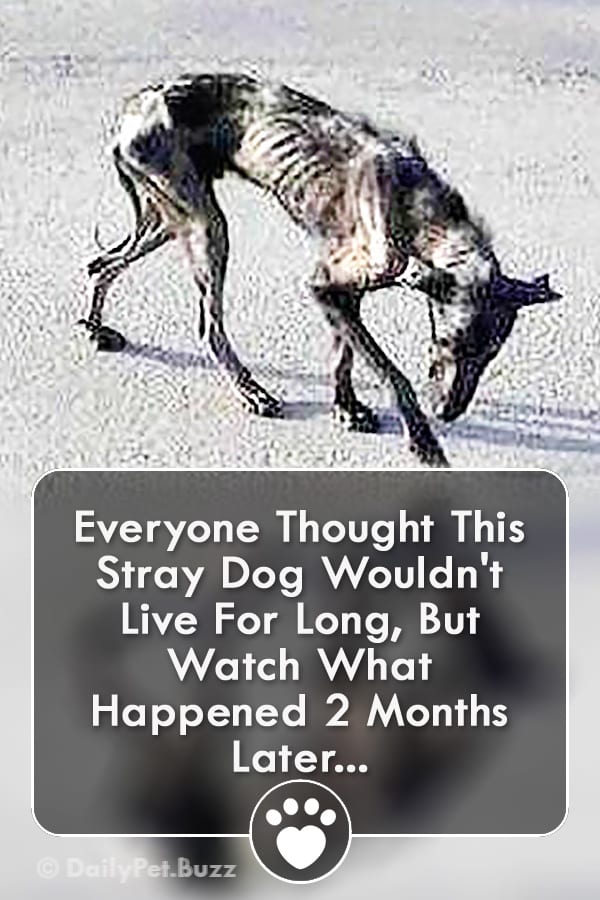