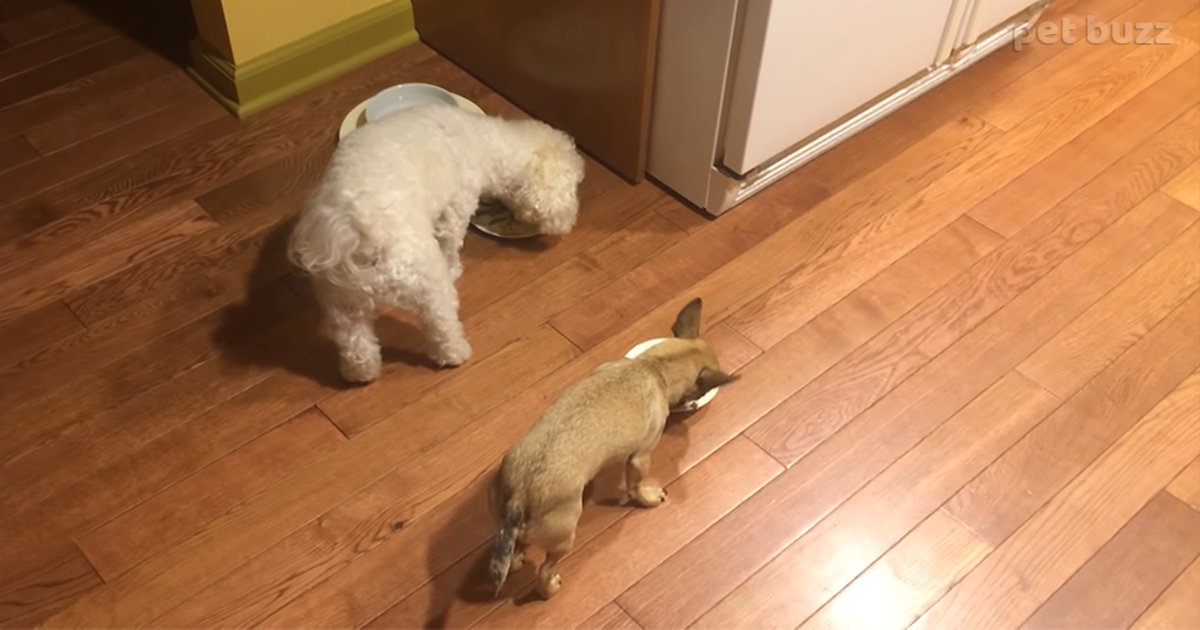 Animals are weird when it comes to eating. Many of them are solitary and do NOT welcome any other interlopers while they are eating. Then some eat together in a group in a style that pretty much can be summed up as ‘Pigs at a Trough.’ There’s no thought of what’s going on around them, and they just snarf down food. Then there’s what happens in this video, which is adorable.

The video starts with two dogs in a small kitchen. The one at the top is Bonnie, who was rescued. This is her first day at the new forever home. She’s there with the regular family dog, and this is their first meal. The daddy walks in and gives her a dish and then gives the other dog a dish, and they start eating together. Then something really incredible and poignant occurs a few seconds later.

It’s such an endearing moment. We see Bonnie, at the top of the screen, grab her food bowl, and walk backward so that she is standing next to the other dog while he’s eating. She doesn’t want to get lonely, and I can understand why. Maybe she got used to eating with other dogs at the shelter, and it just stuck with her. Hopefully, the other dog doesn’t take advantage of the situation and eat her food.

One of my cats is almost like this. He’ll eat by himself sometimes, but if I’m in the kitchen, he ALWAYS comes in and eats at his food dish and will eat as long as I’m there. There are times that he’s a jerk and eats out of the other cat’s dish, but that’s neither here nor there. He just doesn’t want to be alone sometimes, like little Bonnie in the video. 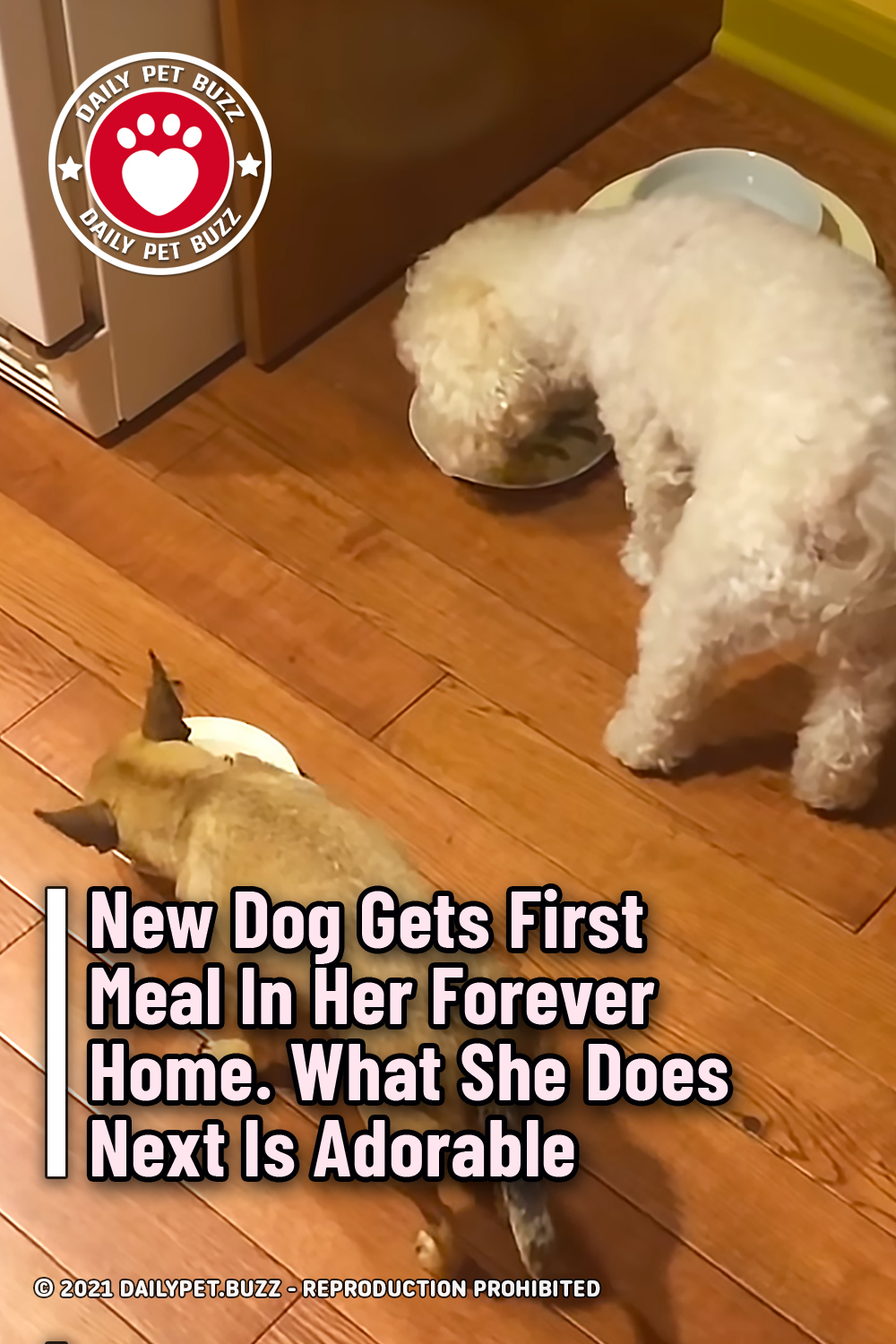