Newfoundland is one of the most adorable breeds of dog I have ever laid my eyes on, not to mention one of the biggest. They are massive in size, regal to look at, and very gentle in character. As you can see in this heart melting clip, these cute pups love to play. You are going to be in stitches when you see this hilarious little video! I can’t stop smiling at all!

In this clip, an adorable Newfoundland puppy is joined by his much smaller friend, who, lucky for him, just happens to be wearing a harness. This Newfoundland just realized how easy it is to carry his tiny friend around, although he’s not really that tiny. He appears to be a bulldog puppy of some sort, or maybe a boxer puppy.

But they are definitely friends who know each other well, so when the Newfoundland puppy picks him up to carry him around the yard while running, he doesn’t even complain! So they started playing a hilarious game of doggy airplane! I was rolling with laughter when this giant puppy ran outdoors with the other dog in his mouth!

The tiny pooch is having as much fun as his bigger counterpart. He looks ready for more when his giant friend finally sits him down on the ground. They will probably make another round because neither of them looks tired yet.

Watch this adorable video above! How did you feel watching these two pups have fun? Let us know your thoughts in the comments! 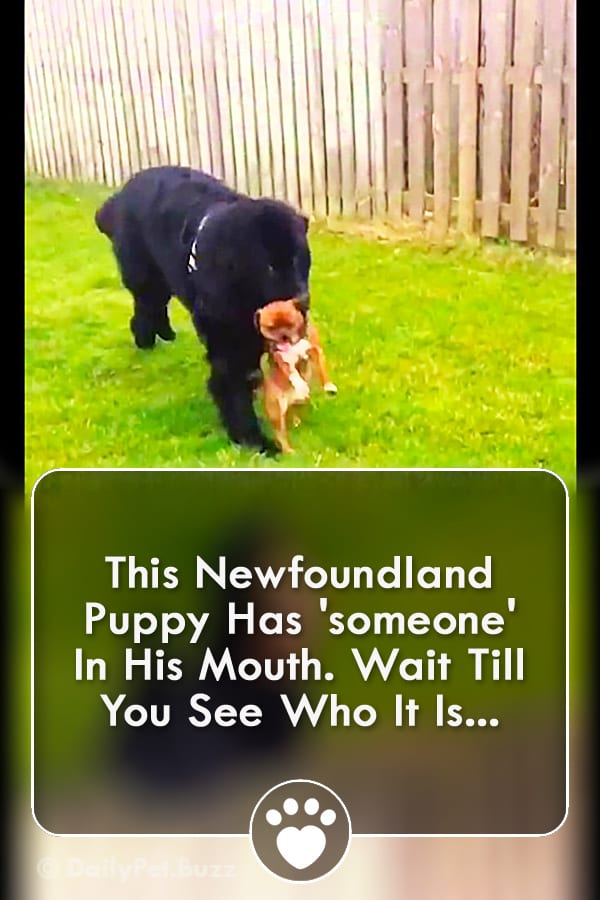