It’s a sad fact today that there are hundreds, perhaps thousands, of animals left by their owners or given to shelters where they might live out the rest of their days. Adopting a pet is a huge responsibility, and should never be entered into lightly. Whether it’s because of a big life move, or a pet not getting along with a new member of the family, or the owners got tired of them, plenty of dogs find their way into the adoption system, patiently waiting for a new forever home. Many shelters adopt a foster care policy, where they place cats and dogs into temporary homes so they can get more individual attention and care. It helps the animals stay socialized, and gives them a better chance of being adopted later on.

The puppy in this video has just shown up at his foster home, and it looks like he’s trying to convince his new part-time guardians to keep him with them for the rest of his life. I wouldn’t blame them if they did. This guy is a charmer, through and through, and hilarious, too boot! The video shows the dog sitting on a mat in his foster parent’s home. When one of his caretakers approaches, he looks up with eager eye. Then she says the magic words: ‘say Cheese!’

Immediately, he busts out a toothy grin worthy of a class clown award. I’ve never seen a dog do anything like this, and it’s adorable! How they discovered his ridiculous party trick, I’ll never know. But I am glad they took this video, and shared it with the world, because it definitely brightened my day.

Check out this hilarious puppy in the video above. What did you think of that smile? Leave us a comment, we’d love to hear from you! 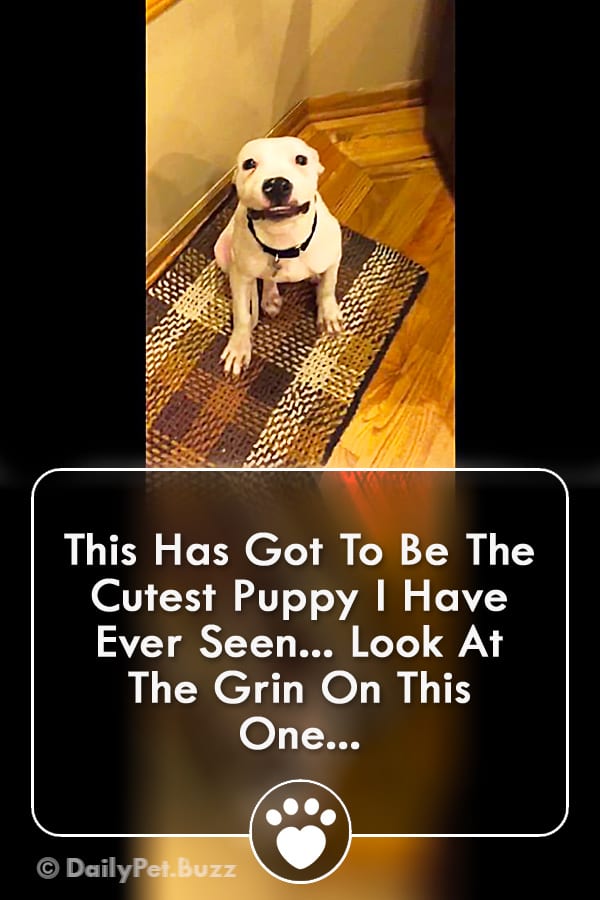