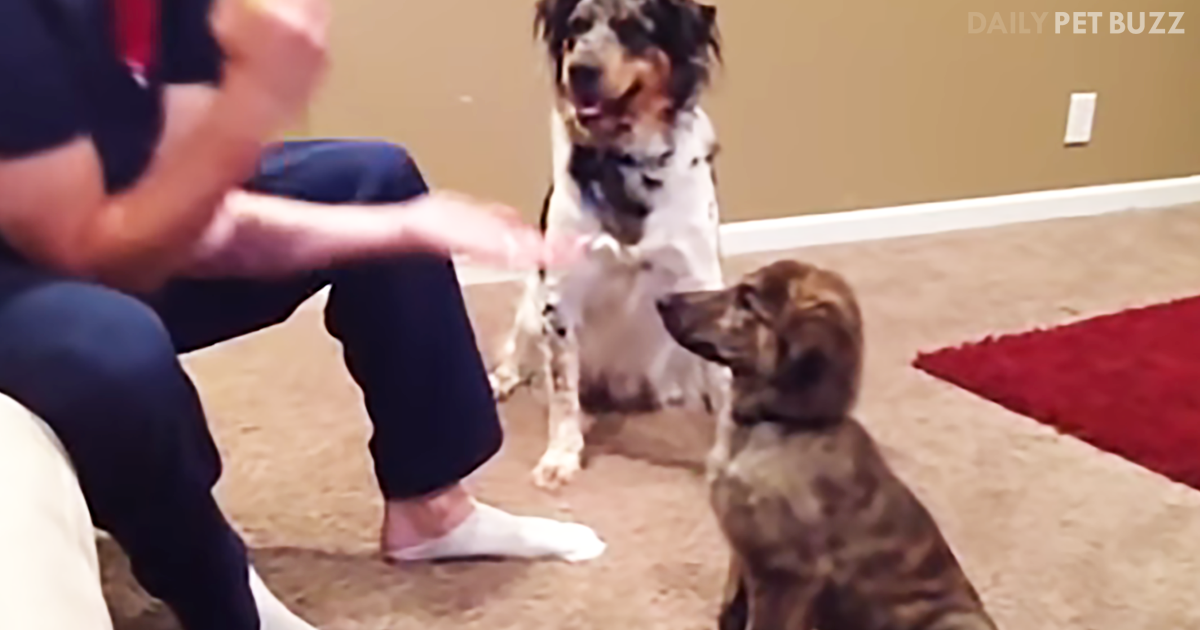 Few things in this world can make us happy as quickly and effortlessly as bright family moments between people who love each other. In the video we featured for you below, you can see two dog brothers playing together. Their dad is trying to teach Shadow, the smaller one, a few tricks. While this is happening, his older brother Domino watches from afar.

Shadow is a bit confused at the beginning, but what Domino did to help him out will definitely make you laugh. The young pup gets confused when he has to learn how to give the hand, or paw, more like. That’s when Domino decided to help him out and show him the proper way to do it. He gave his best human friend a nice shake.

When Shadow tries again, he seems to be getting some parts of it, but he misses completely and goes for a tennis ball instead. After he sees this, Domino becomes flustered and starts showing him how to do the trick over and over again as he is asked, and he gets insistent when he sees Shadow just doesn’t get it.

They look adorable together; you have to see it. As their dad tries to teach Shadow simple tricks like how to shake, the puppy looks confused. That’s when Domino decides to step in and show this young pup how it’s done. He jumps in a gives his favorite human a shake with his paw. Watch the video just below. 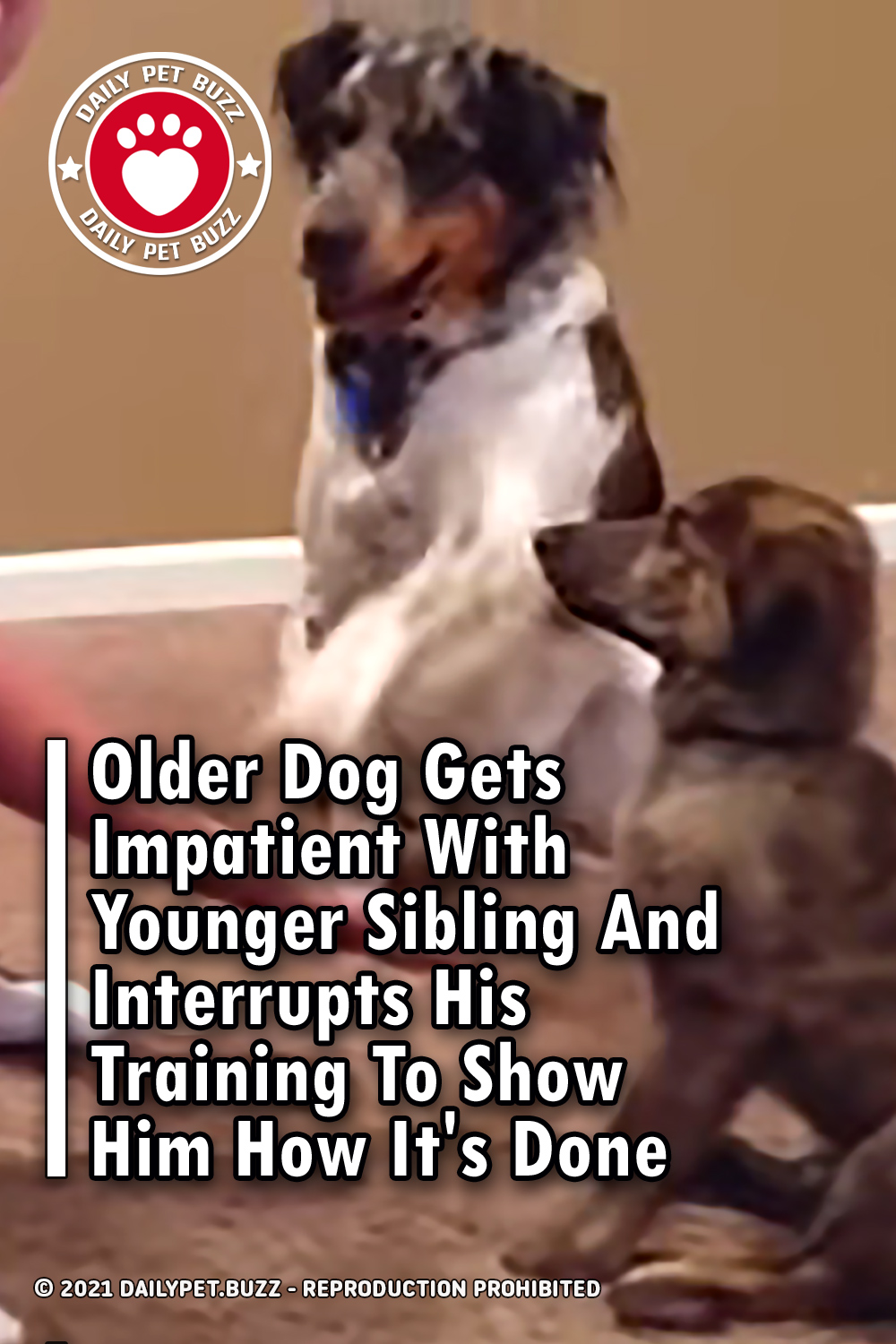