On one fateful afternoon, a puppy called Opie was happily playing by himself in an open field, having the time of his life. But all of a sudden, the doggy noticed something moving and making sounds from under a log that was nearby, and he decided to check out what was going on there. Opie then discovered that there was a little animal under that log! He was determined to find who it was, and you’ll be shocked by the creature he found.

There was a kitten trapped under the log, and the poor thing was all covered in worms. He was stuck under the big piece of wood, and he was unable to get out of there by himself. God knows how much time had passed before Opie the dog found him, but it was a miracle that he was able to do it on time. The dog was heroic, and he was determined to help the kitten until his last breath!

Opie was able to save the kitten and take him to safety, and after his human friends took care of him, they took him to the vet for a quick check up to see if he was alright. They took him home that very same day, and after a nice hot bath, the cat was in perfect shape to join his new family.

Enjoy this adorable animal rescue in the clip above! 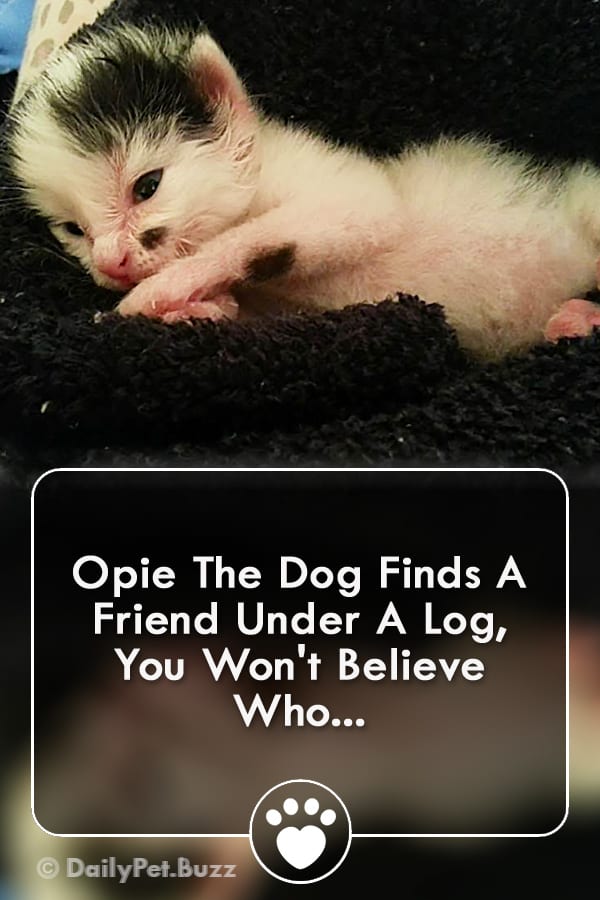