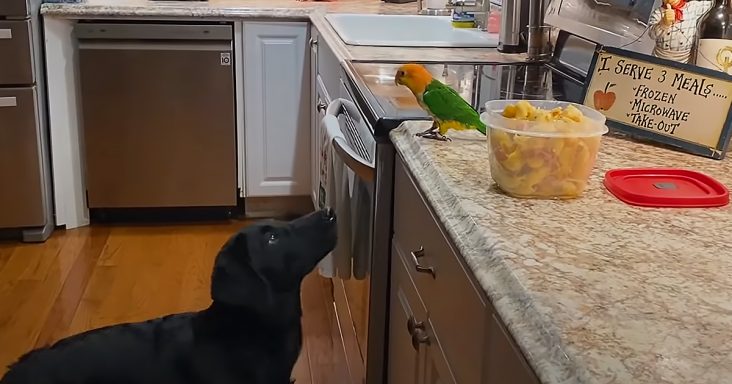 Nelson, the parrot, was a drama king and loved all the attention he received from being the only pet in the house. According to his owner Tara, Nelson thinks he owns the place.

Tara and Nelson were rarely apart. He loved going on car rides, and he was always getting into all sorts of trouble. Nelson did whatever he wanted, and he got away with it.

Everything changed when Henry the puppy arrived on December 23rd. It was a cute surprise for their family, and Tara called him a sweet little black fluff ball. They didn’t know how Nelson would react to Henry.

Nelson didn’t like Henry, and he was jealous of the attention his new baby brother got. Even when Henry was being poked by Nelson, he didn’t seem bothered by it.

When Henry got bigger, Nelson realized that he had to adapt. One day something changed, and they became best friends and great brothers. They became inseparable, which was great for them and fun for the family.

Nelson taught Henry how to be mischievous and sneaky. They were in cahoots. Tara called Henry the big little brother because he was enormous compared to Nelson.

Henry was a guard dog, and Nelson was the guard bird. Together they would bark and squawk at people they saw through the front window of their house. They always make Tara laugh and take her stress away. 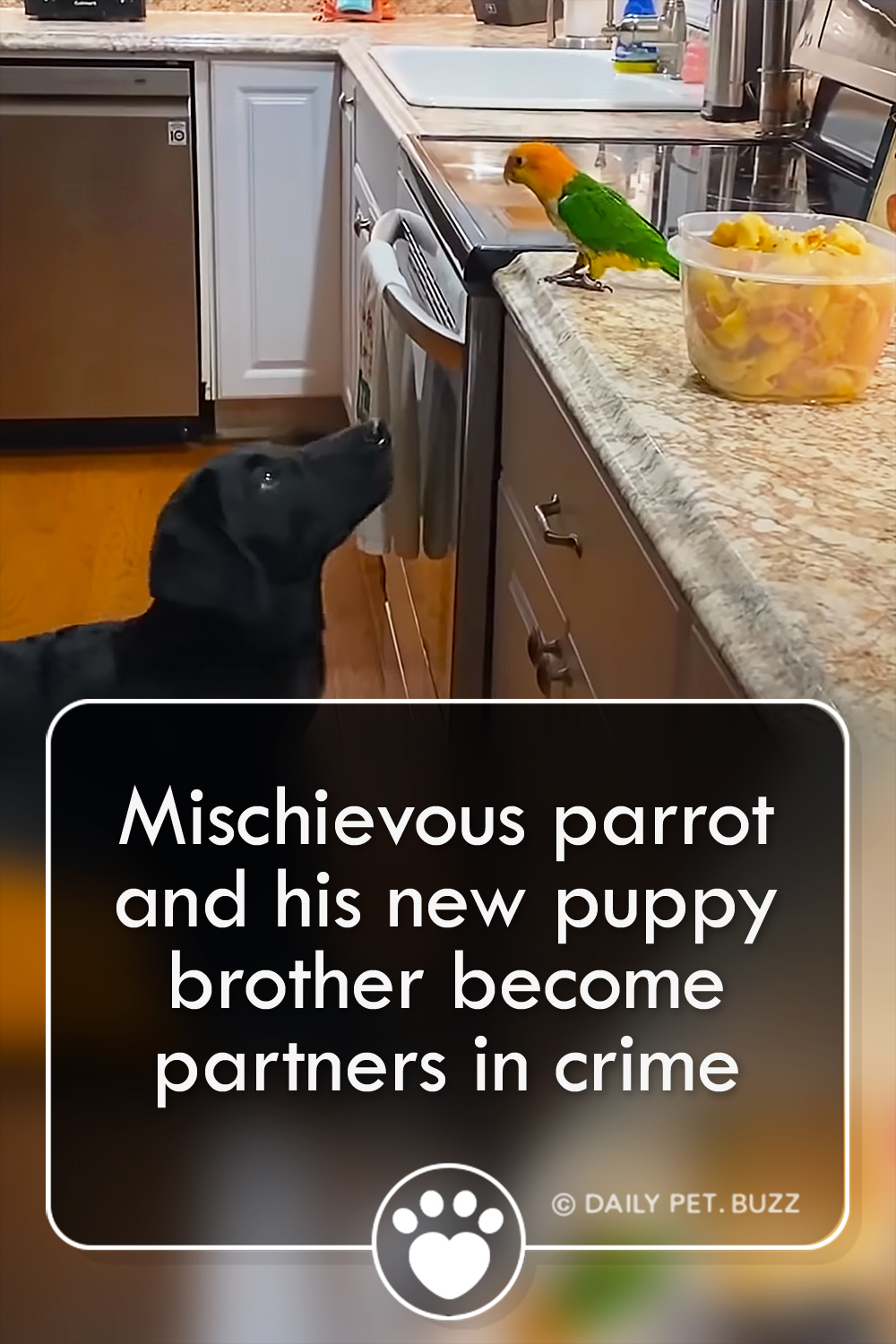