There are few things that make my blood boil as much as hearing about animals that were mistreated. It’s criminal what people do to some animals. These dogs, cats, birds, and many other kinds of animals didn’t ask to be born into situations like this. It’s a good thing that there are people out there devoted to bringing these animals into much better places to live. This video shows one such example of goodness triumphing over evil neglect.

We see a pit bull in West Virginia named Yo-Yo. He was chained with a ridiculously short leash that gave him no range of motion whatsoever. He was also poorly fed and was left outside with no shelter. PETA rescued him and took him to their shelter. Then came the task of building him back up for adoption. He didn’t need to be taught to trust people ” he was a sweetie even when he was chained.

This was a severely malnourished dog. We see him wolfing down real dog food like there’s no tomorrow. Before we know it, he’s filled out and looking healthy again. Then he’s taken to a new forever home where he bonds with his daddy so fast that he’s using his head as a pillow in one of the pictures. This is a doggie who was starving for love and it’s awesome that he’s getting it.

Yo-yo must have felt that his life was like a yo-yo for a bit. He was chained up and miserable and then he was taken to this forever home. Talk about your ups and downs. He’s going to be permanently in the ‘up’ position now. It’s great that he was able to get the help and love that he needed. Like the video says at the end ” ‘If you see a chained animal, speak up!’ They need your help ” don’t let them become a statistic.

Wasn’t Yo-Yo’s story so great to see? I hope his former owner never gets a dog or gets counseling on how to treat animals. What do you think? Please leave a comment. Also, please ‘Like’ us on Pinterest. 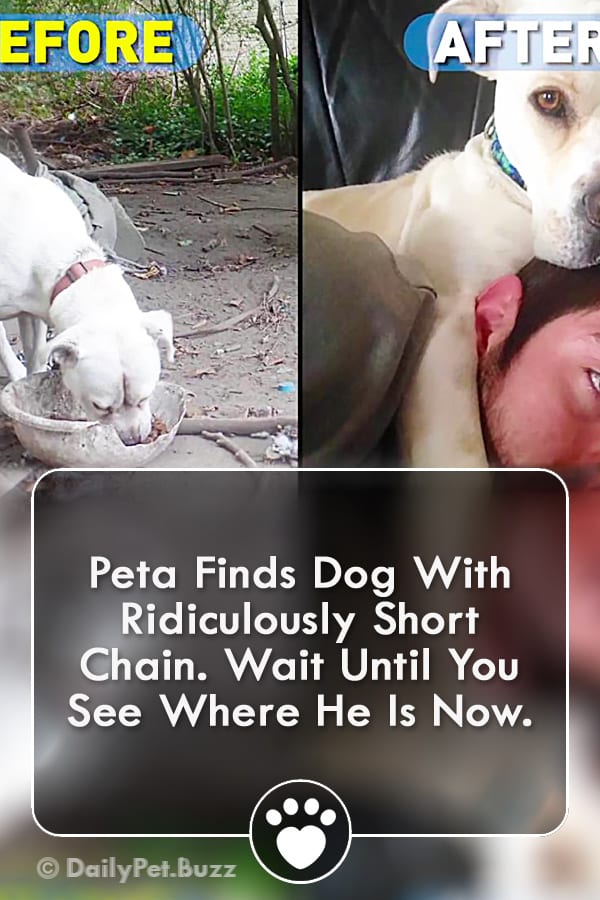