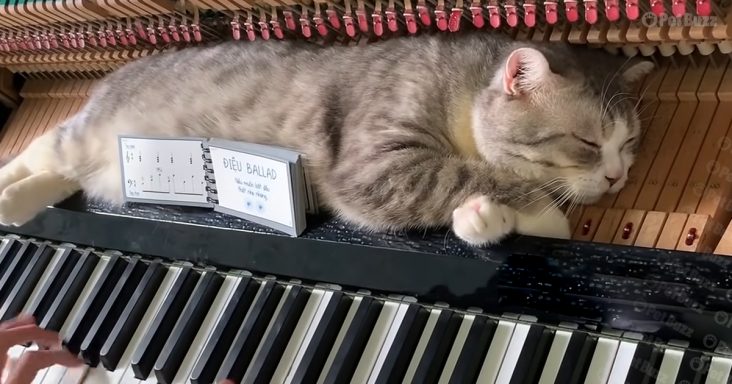 There is a sweet young cat named Haburu who shares a special bond with his owner. While she plays the piano, he happily sleeps on the hammer rail, letting the moving key hammers massage him.

It is an adorable situation that his master finally caught on video, showing the cat sleeping across the piano while she played a song. It didn’t matter that she was playing a fast number, either.

It is hard to believe that the little cat was able to stay asleep during both the sound of the song and the moving hammers that repeatedly struck his body and lifted him slightly.

But he was dedicated to taking his nap and hardly moved during the first portion of the arrangement when his master was playing on the lower register. However, that would soon change.

When she began playing higher notes, the hammers started moving above Haburu’s head. This is when he finally began to take notice of what was happening all around him.

At first, he tried to ignore the keys and settled back down into his nap. However, it was hard for him to keep up with his sleep when he was also so interested in the hammers jumping around everywhere.

So, he awakened completely and started pawing at the keys and the hammers. From start to finish, Haburu was the star of the show, despite his master’s considerable talent on the piano. 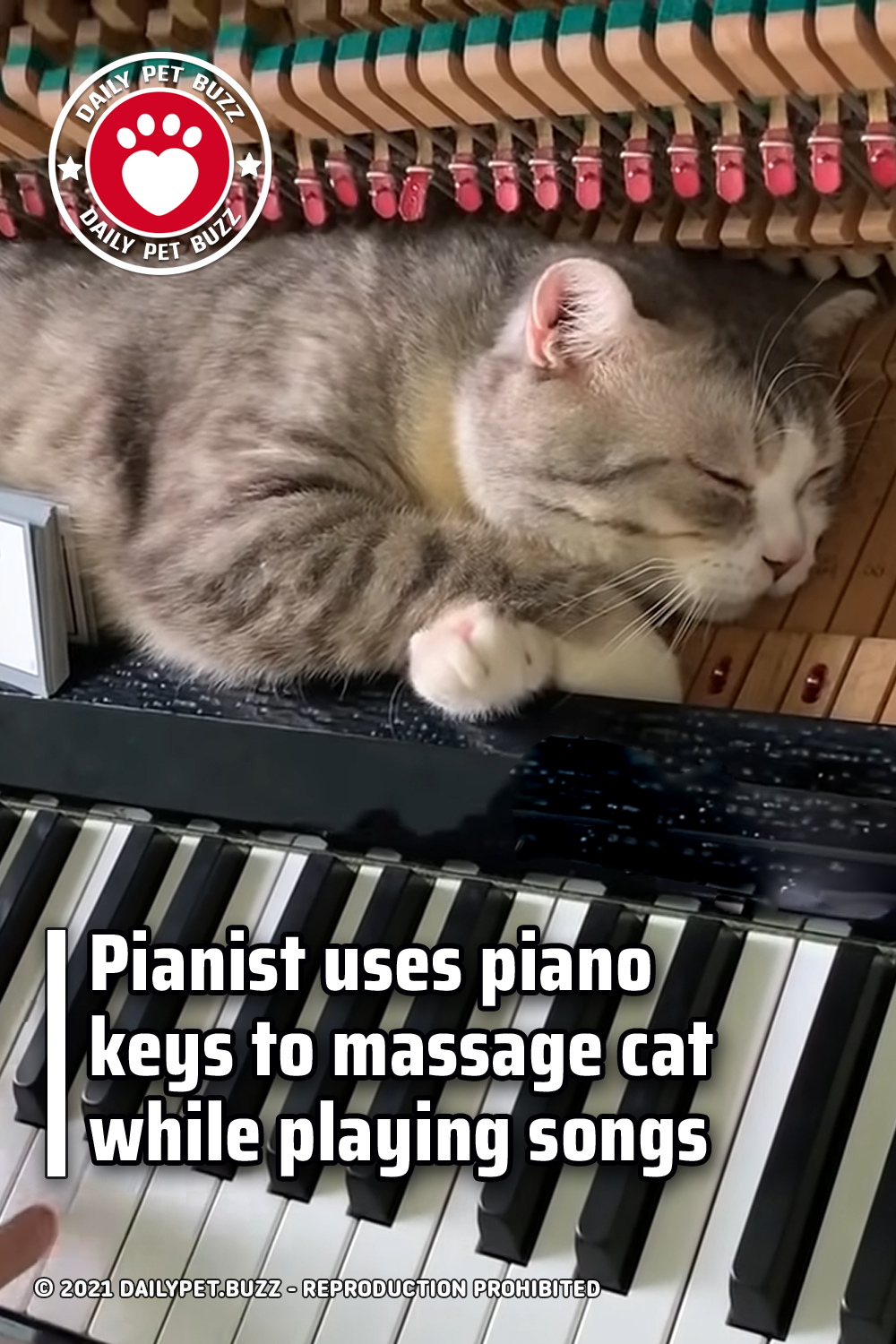