I love dogs. They are loyal and devoted and they never fail to entertain you, even when they don’t mean to. The Internet has given us a plethora of amazing clips of families and their weird pets, such as cats playing ninja, birds scaring their owners, or sometimes even a talking dog!

Huskies are known to jibber jabber a lot. Sometimes when they speak, it sounds like it’s actually a human speaking. This is a hilarious video where an adorable husky puppy called Ramsey has a lot to say. His owner is carrying him and it seems he wants to be put down, so he becomes quite vocal. His owner can’t seem to handle all that hysterical cuteness, so she instantly cracks up as well!

Ramsey is so cute, I wouldn’t be able to put him down, but he clearly wants to be put down so he can play with his older and much bigger playmate. He sounds like he is saying, ‘Why, why, why?’ It’s hilarious. I don’t mean to laugh at the poor pup’s expense, but it is so adorable and really funny.

His owner is laughing with him, not at him, I’m sure. Later, I’m sure Ramsey will find this funny, but at the moment, he is fighting to get down and his mom is holding him tight. I’m sure she can’t get enough of this little guy’s vocal protests.

Watch Ramsey in the video above! Don’t forget to drop your thoughts about it in the comments! 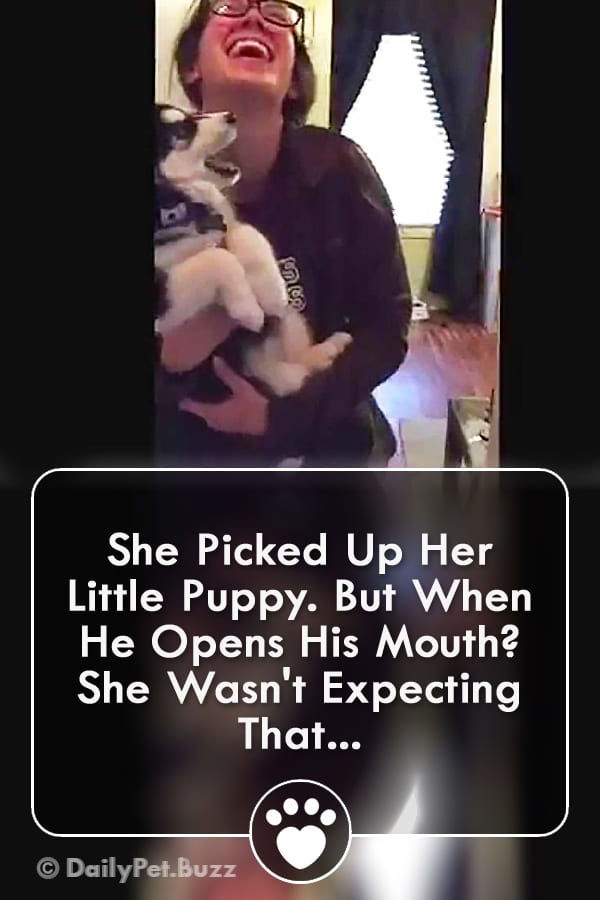