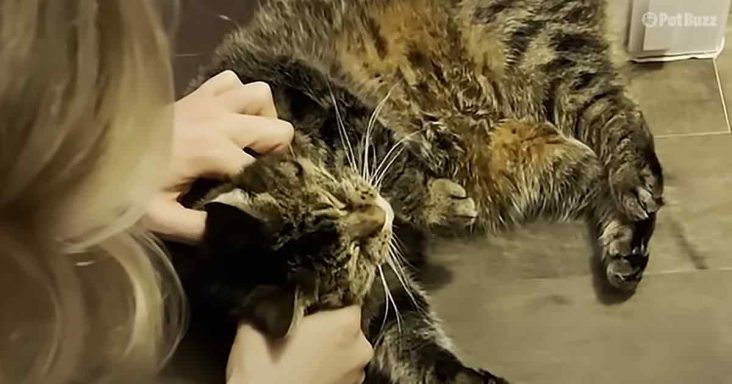 Ginny, a senior cat, will only eat if she is being petted. Krista will massage Ginny during her lunch break so Ginny can eat for the third time in the day while Krista hasn’t even eaten once.

If the petting ever stops, then Ginny will stop eating. Krista estimates she probably does this for Ginny ten times a day. Ginny is thirteen years old and is quite particular.

Sometimes Ginny will stand in Krista’s path to redirect her toward the food bowl. Then she will stand and stare at Krista and not touch the foot until she is stroked.

Ginny is also very picky with her treats and her food. Most of the time, she sniffs it and moves away. It took Krista at least ten tries before finding a brand that Ginny liked.

Before Ginny lived with Krista, she was with a previous owner for eight years until the owner had to move to a senior’s home. Krista needed a Ginny, and Ginny needed her.

Nowadays, Ginny is the queen of the roost. Krista wants her to be the most spoiled senior cat and gets her a bunch of toys she absolutely loves.

Ginny is a mama’s girl through and through. She follows Krista around all day. According to Krista, Ginny made her house a home, and she cannot imagine her life without her. 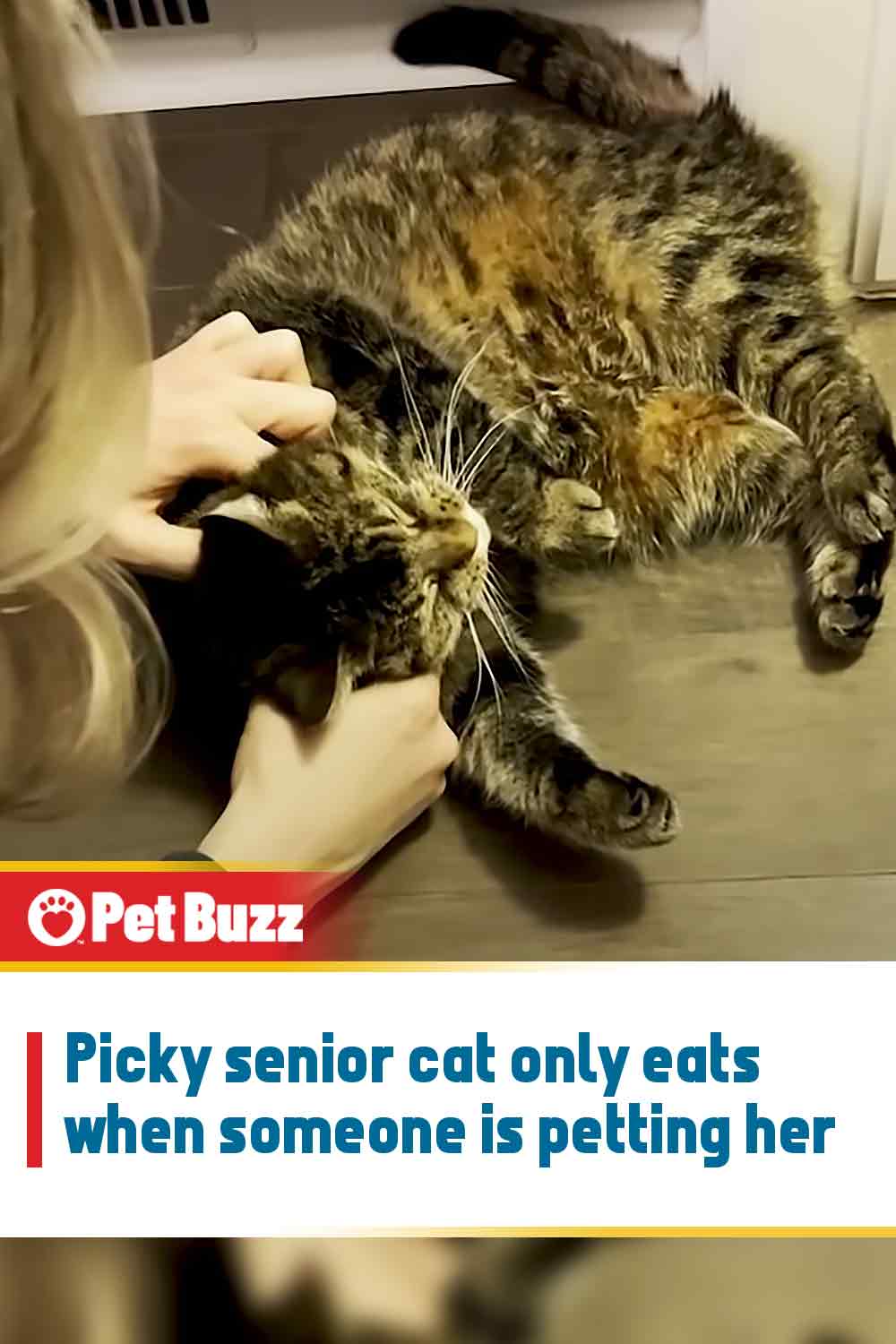