The pit bull gets such a bad rap. Part of that is because drug dealers trained them to protect their wares. Also, due to their powerful jaws, they were prime candidates for dogfighting rings. The media latched on to that narrative and they have been painted as quite scary dogs since. It’s not true. Pit bulls are usually quite gentle and can be great family dogs. Like all dogs, they are products of their environment. Train them to be mean and vicious, and that’s what they will be. Be kind to them while raising them and they are giant, mushy teddy bears.

YouTube star Ryan Hamilton set out to see what people’s perceptions are. He did this social experiment on two separate days in two weeks. The first day, he walked his pit bull. People were avoiding him and there were even comments like, ‘Those dogs are vicious!’ Another said his dog should be shot. A security guard harassed him and told him to leave. The following week he walked his Australian Shepherd, who, as a breed, has been rated to have a worse temperament than the pit bull. What a change. People were rushing up to pet her. One guy even stuck his face in front of her so she could lick him. There was no hesitation.

The video ended with a sobering statistic on how many pit bulls were euthanized daily. It’s really sad and all because a decades-long stereotype has clung to them. I’ve known some pit bulls. They are so sweet and loving – though I could have done without two of them humping my leg – not at the same time!

That said, it’s going to take a lot more of these videos being distributed for the stigma to be lifted. It took decades for them to be villainized. Now it’s going to take time to have that torn down. Every day that someone like Hamilton does videos like the one we see now is one more day that someone might look at a pit bull and not cross the street to get away from it.

This video made me want to help the pit bull get its good name back. How about you? Leave a comment below! 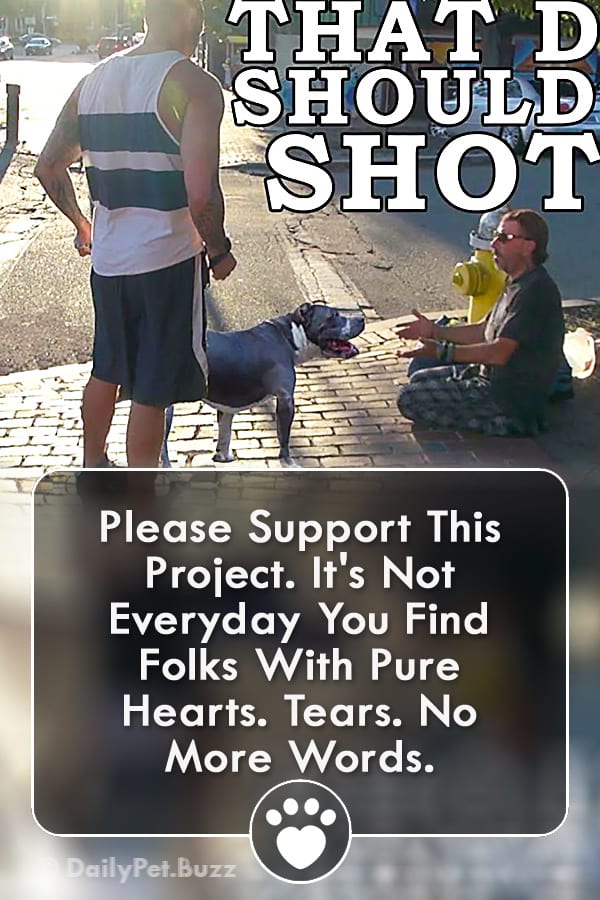