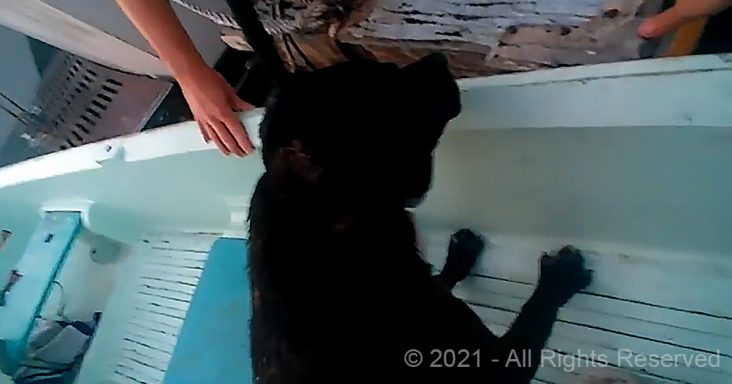 While a docked boat was engulfed in flames at a California Marina, police officer Travis Ruggles was the first to arrive. But when witnesses told him about a dog being trapped on the boat, it was now or never for Ruggles to save him.

When San Rafael, CA police officer Travis Ruggles arrived to assist first responders to an incident involving a burning boat, the last thing he expected was to perform a rescue mission. It ended up becoming one when bystanders yelled to Ruggles that a dog was trapped on board.

It didn’t take long for Ruggles to spot the dog, who was cornered by fast-approaching flames. It was now or never for the officer to save the pit bull.

However, the rescue mission wasn’t as easy as Ruggles expected. When Ruggles climbed on board, the dog naturally began to bark and growl at him.

That didn’t deter Ruggles in the slightest. He instantly gained the dog’s trust by petting him briefly, letting him know that he meant to know harm.

From there, the rescue mission became much easier. For the dog, it’s to live another day (and for Ruggles, it’s well-deserved praise and a day off). 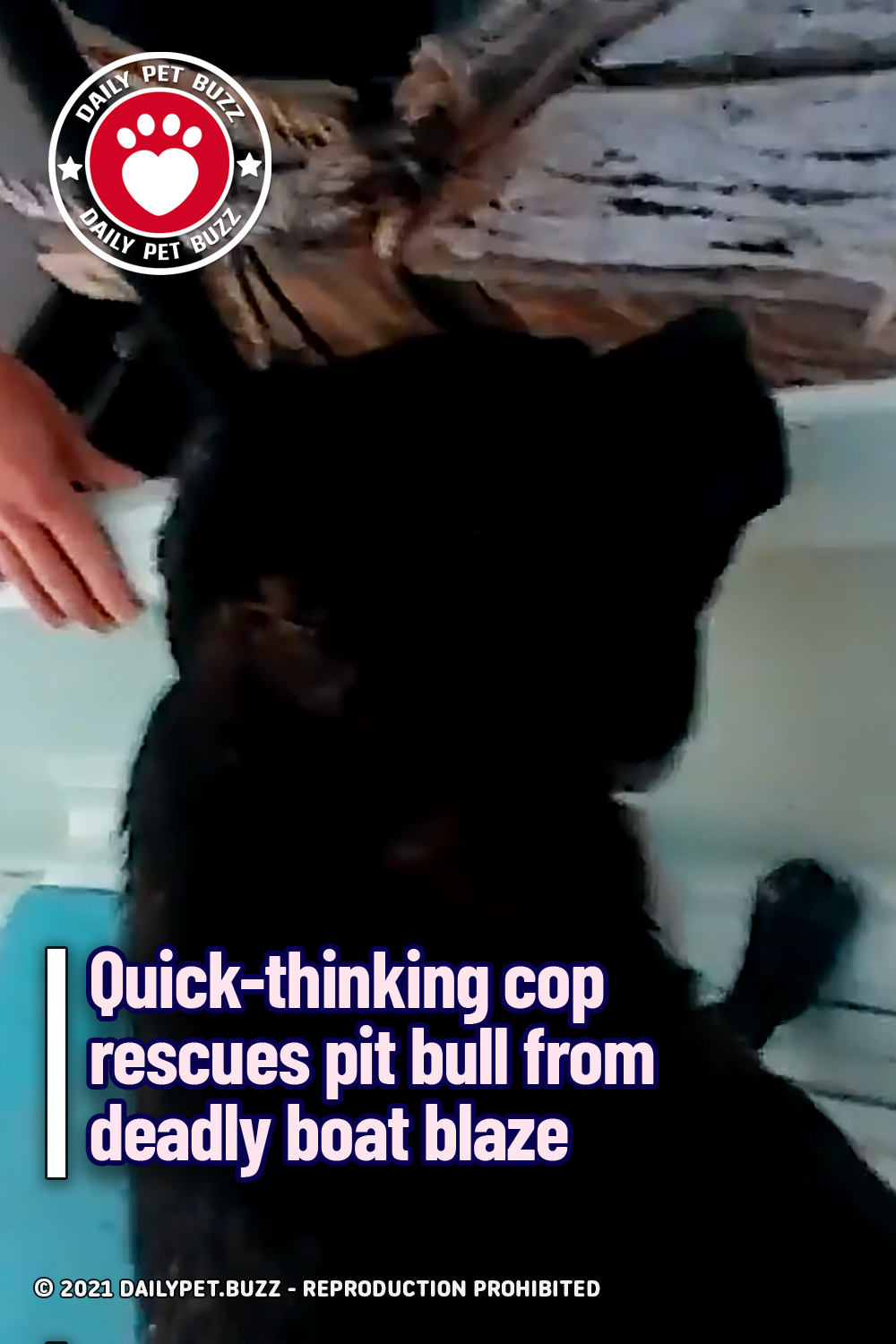