Ah. Puddles. Toddlers are drawn to them like moths to a flame. It’s nearly impossible for one to walk past it and NOT jump up and down in it. An adult mind like mine doesn’t understand what the attraction is ” but there’s just something about the feeling of the water as they splash around. But these kids then avoid baths like the plague – go figure. But the toddler in this video, whose name is Arthur, sees one while walking his dog, Watson, is faced with a dilemma: How to do this and not hold the leash?

Thinking quickly, he drops the leash. Well, for a toddler, that’s thinking quickly. An adult would have considered things like, ‘Hey.. if I drop the leash, will Watson run away?’ Then again, there are some ‘adults’ out there who would be just as impulsive and let go of the leash. Why are you all looking at me? The point is – Watson does nothing here. He just stands there while Arthur turns around and runs through the puddle several times. It’s like he’s seen this thing before. The dog does turn around to make sure the little guy doesn’t do anything like face plant into the puddle, though. A song plays in the background of the video.

After about 30 seconds of this, the little boy walks over and picks up Watson’s leash again and they continue on their walk like nothing happened. I could see this being turned into a comedic short. There’s the perfect pause right before they start walking again. What’s awesome is that Watson is basically just going where Arthur is, since there’s no way the toddler could control the leash.

I’ve said it before and I’ll say it again ” dogs can be SO awesome with kids. They form a strong connection and Watson is also older, 12 years, so he knows to be really easygoing. His joints have to be getting stiffer, so walking at this pace has to be perfect for him. Of course, Mommy or Daddy is also walking along, it’s not like someone stuck a camera in the ground and walked away, waiting for Arthur and Watson to come into the viewfinder. This will be such a nice memory to show him in a few years, especially if Watson passes on then.

Watson’s an amazing dog. What did you think of it? Leave a comment below! 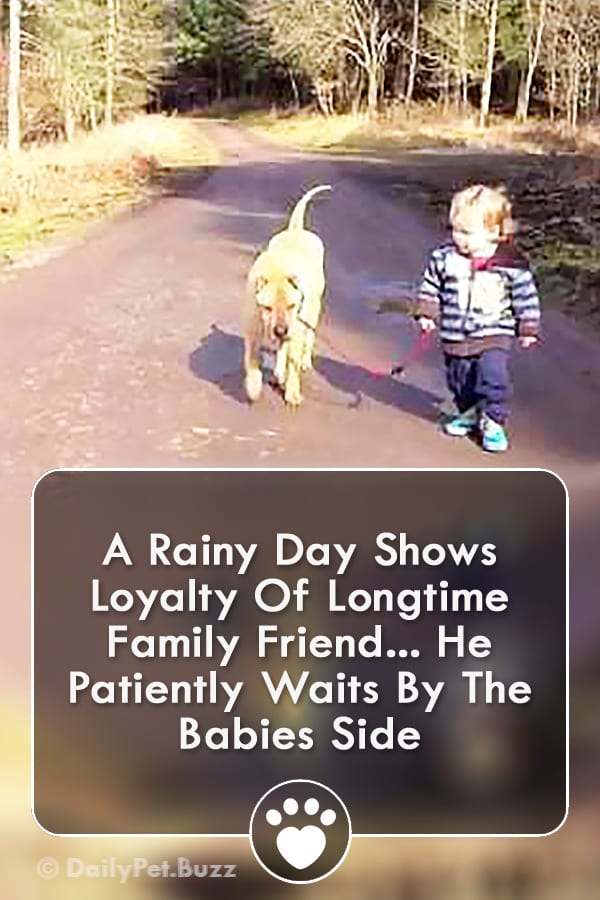