You’re about to meet an incredible husky named Kane, and his very devoted pet parent. What this man did for his beloved dog will just bring you tears. Get your tissues ready. This man had Kane, a husky, since he was a puppy and Kane’s years were finally catching up to him. One day, Kane’s back legs stopped working. He’s very old, too old for surgery and he was in pain. Unfortunately, pain medication only helped so much, so this owner started thinking about how he could help his best friend. Instead of giving up on his beloved best friend, Kane’s dad decided to try something. He had an idea to make Kane weightless so his legs wouldn’t hurt.

He found that taking Kane for a swim was the only thing that really helped, and he held him in the pool sometimes, just petting him while he relaxed. Many owners find water therapy a highly effective treatment for their pets recovering from surgery, older pets with arthritis or mobility issues, or those with paralysis. In the pool, Kane became weightless and felt no pressure causing pain in his back legs. It’s was such a relief for Kane’s family to know that while he was swimming, he wasn’t hurting.

Watch how kind and caring Dad is with Kane. And the best part? Only a couple of days after this poolside therapy session, Kane was up and on his feet again. Sometimes, he stood up and walked by himself.

Let us know what you think about this video in the comments. We’d love to hear from you! I think this amazing dog owner deserves a share on social media for all he did for his best friend. Not everyone would be willing to spend that time in the water with their dog. 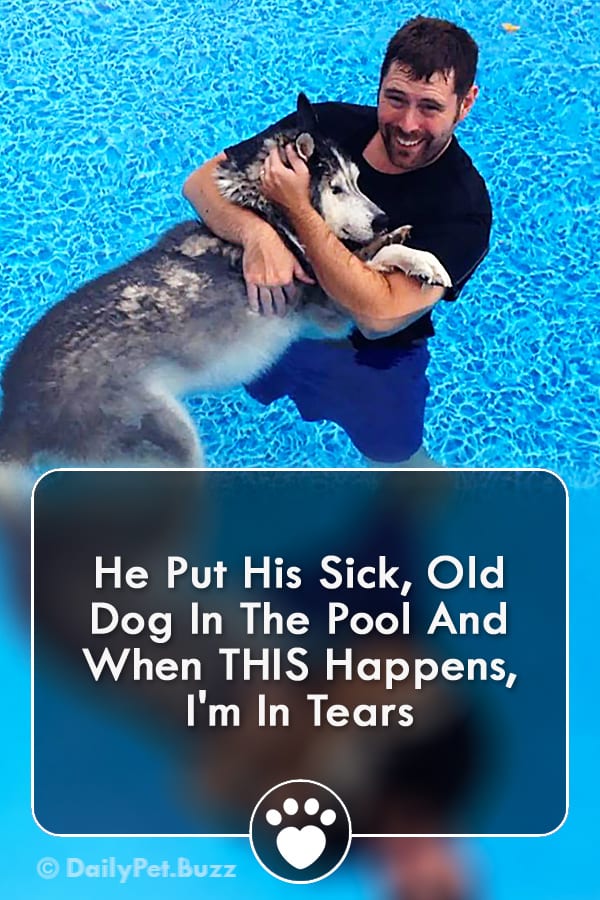