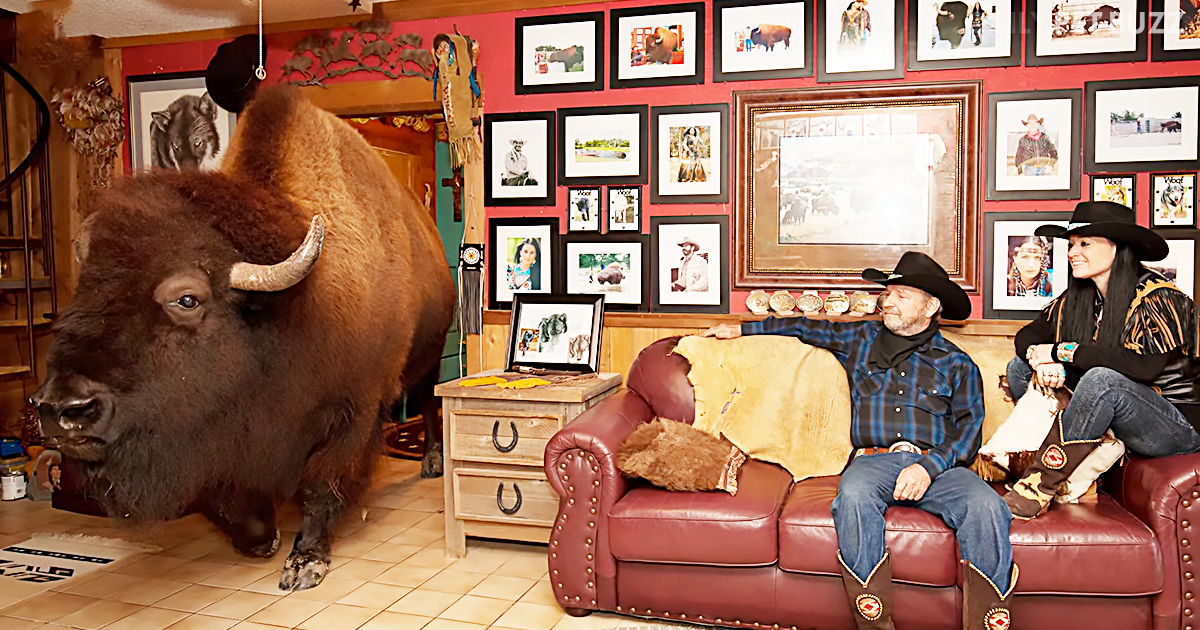 They call Ron Bridges “the Buffalo Whisperer” and for a good reason. He successfully trained a buffalo named Wild Thing. Not only that, but this bison lives in his home! Ron admits, “The people that don’t know me think I’m crazy, and the people that do know me, know I’m crazy.”

At one time, Ron and his wife had more than 50 buffalo at their ranch in Quinlan, Texas. Then he lost an eye in an accident and ended up with enormous medical bills. They were forced to sell their herd to raise some cash. They kept one, however, a baby buffalo named Wild Thing.

True to his name, this little buffalo was highly rambunctious. They had hoped that their son would be able to get some livestock handling experience, but Wild Thing was just too much for the kid. Ron had quite a lot of experience in ranching and a demonstrated talent for taming mustangs, wild horses, and wild cattle. So he set to work with Wild Thing.

In due course, Ron’s buffalo whispering talents made Wild Thing into a whole new buffalo. In fact, the transformation was so dramatic that he now lives in the house, just like a cat or dog. Yes, you read that correctly: the Bridges share their home with a one-ton buffalo.

Wild Thing will still play a little rough outdoors, but inside the house, he’s nothing if not a perfect gentleman. He eats his food from a bowl on the table. He enjoys watching TV and is said to be able to change the channel. The buffalo gets along fine with the Bridges’ two dogs. And yes, Wild Thing is housebroken. To meet the Bridges and their unusual pet, check out the incredible video posted below. 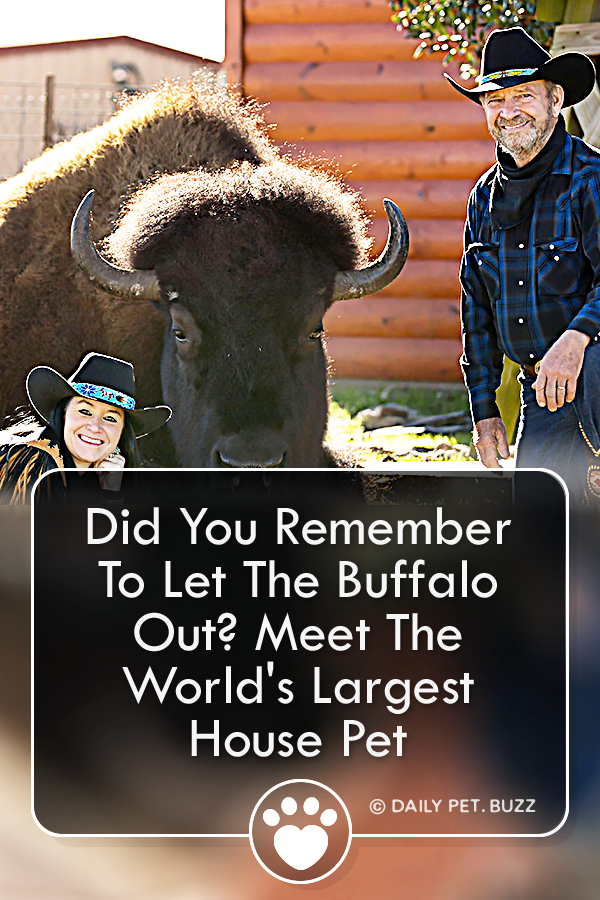