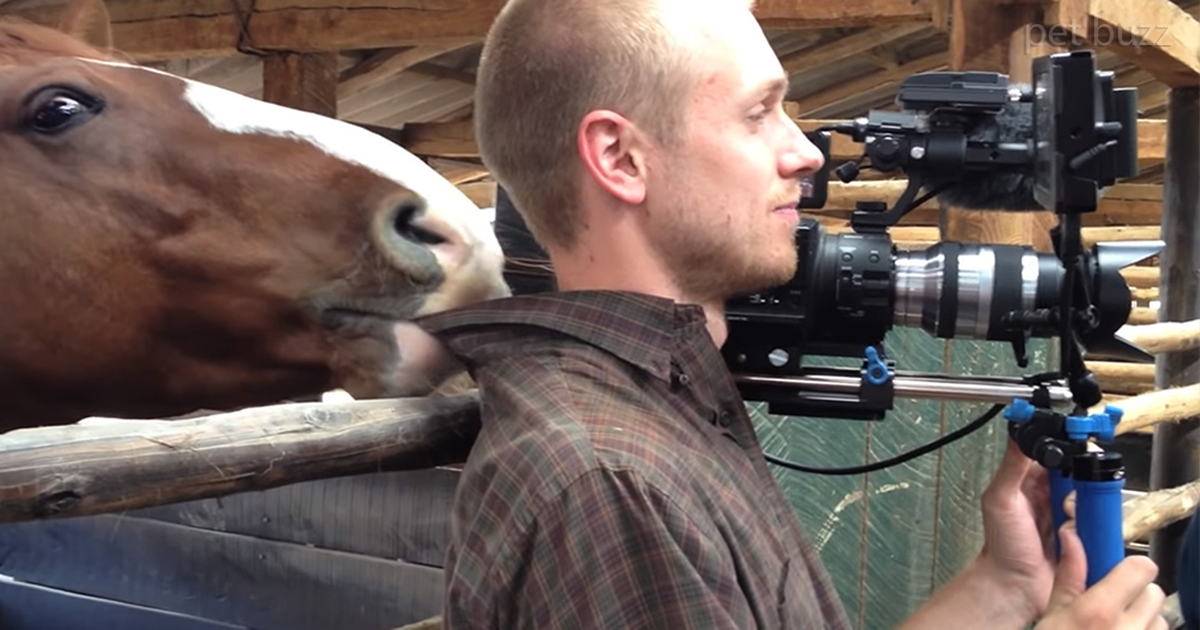 If you work in the television industry, there’s no telling what might happen and you have to be ready for just about anything. And you know what they say, never work with children or animals.

An interviewer and his film crew are shooting a TV interview with a horse breeder in the stables at his property. The cameraman, Greg Harriott, is leaning on a horse stall to help keep the camera steady while filming.

All is going well until a large horse in the stall behind the cameraman sneaks up on the crew member and pops its big head over the stall railing with a glint in his eye. He rests his heavy head amiably on Harriott’s shoulder before starting to lick the man’s head!

Harriott holds the camera steady and endures the onslaught that follows. After the licking, the horse nudges his ear before giving it a gentle nip or two. The silent harassment escalates until the wicked horse grabs Harriott’s collar and yanks him backward. Ever the cool professional, the stalwart cameraman keeps filming despite every effort by the horse.

All the while, the interview drones on, with the interviewer totally unaware of what is going on. It is remarkable how Greg Harriott kept his composure and soldiered on, despite the increasing distraction by the horse who, no doubt, only wanted to get the man’s attention for a friendly pat.

If the horse’s cheeky antics got you laughing, share his prank with your friends. 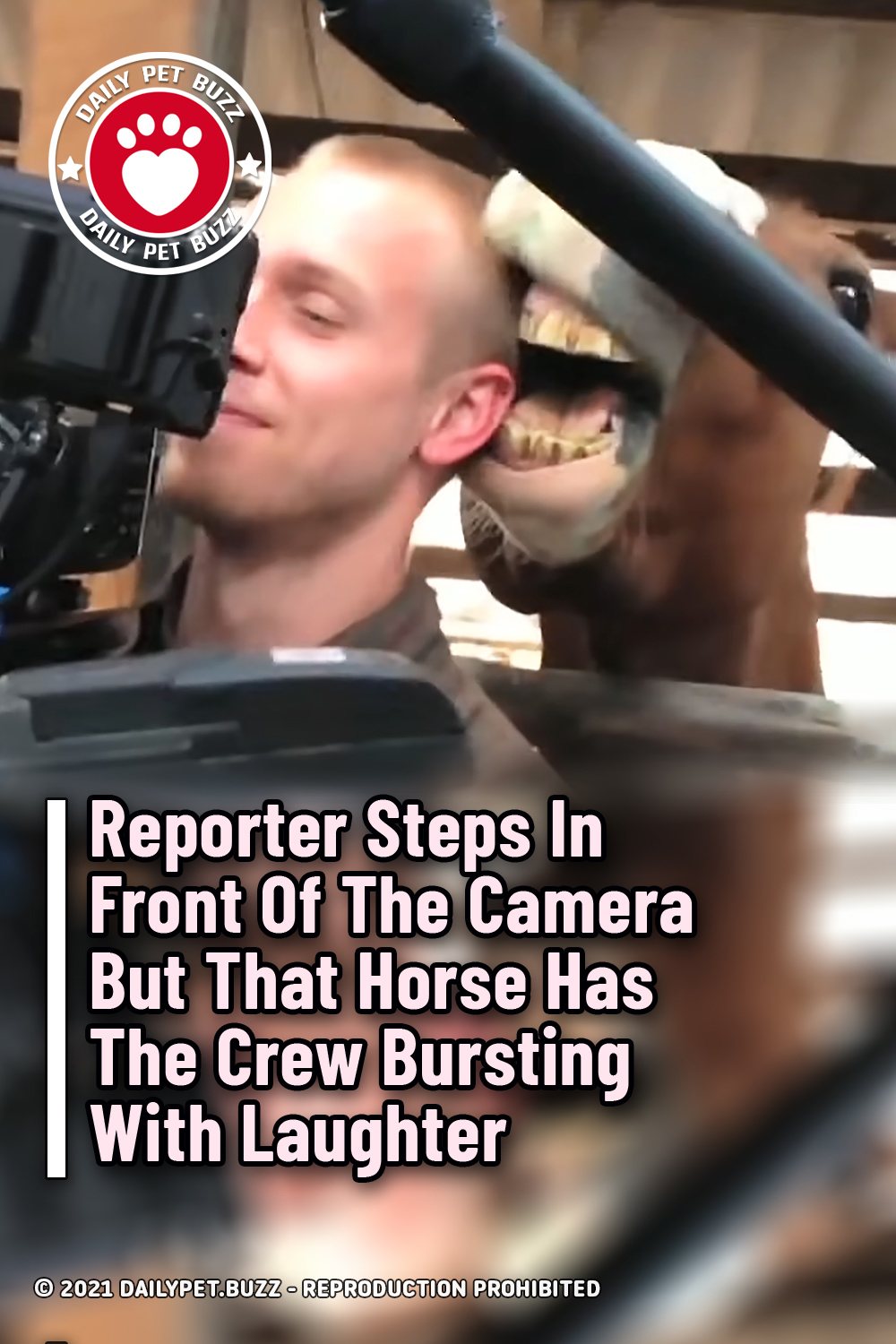