Hope For Paws is now a household name to most of us. Many of us follow them and we are accustomed to all the wonderful rescues that they have completed for those animals in need. This non-profit animal rescue organization has been working for the benefit of all types of animals found suffering on the streets or in shelters of Los Angeles for several years.

Hope For Paws received an urgent call this time about a stray pit bull that gave birth in a yard. When they reached the scene, the mama dog was wary so she kept running off. But the rescuers followed her without a break. She seemed scared, but she was relieved to be finally loved. She had birthed five little pups, but sadly one of them didn’t make it.

At the hospital, it seemed something was not quite right with the mom, so they did and xray and found a bottle cap in her stomach. Surgery was not an option on a nursing mom, so they gave her medicine to make her throw up, and out it came! Yay! After this, she felt much better. Once she felt safe, her personality and true spirit started to shine, and she and the puppies are doing well.

At the vet’s office the mom was named Lexus. Pit bulls are stereotyped as being ferocious and dangerous, but this family proves that it is not true! They are gentle, loving, and extremely loyal when they have an owner who is good to them.

Watch this amazing rescue video above! What did you think of it? Let us know in the comments! 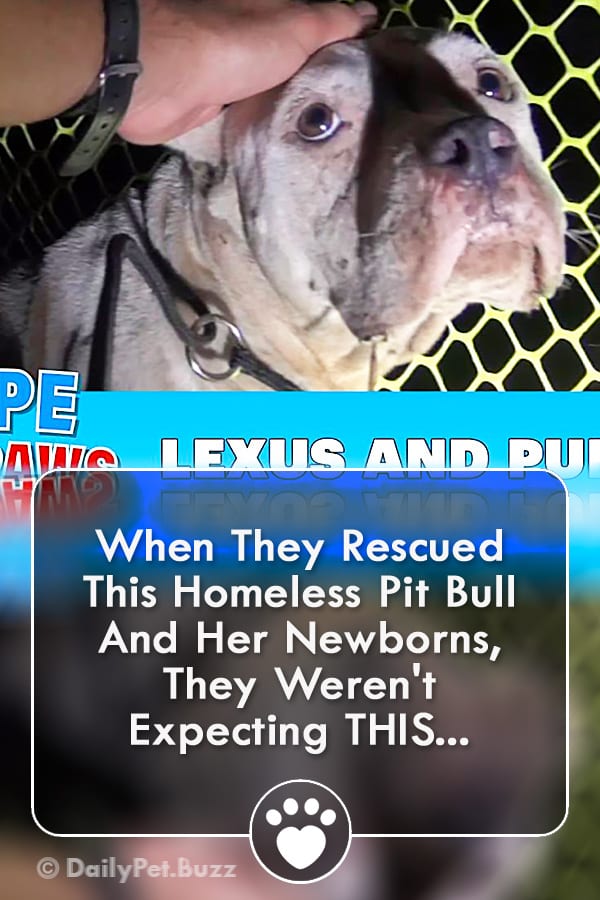