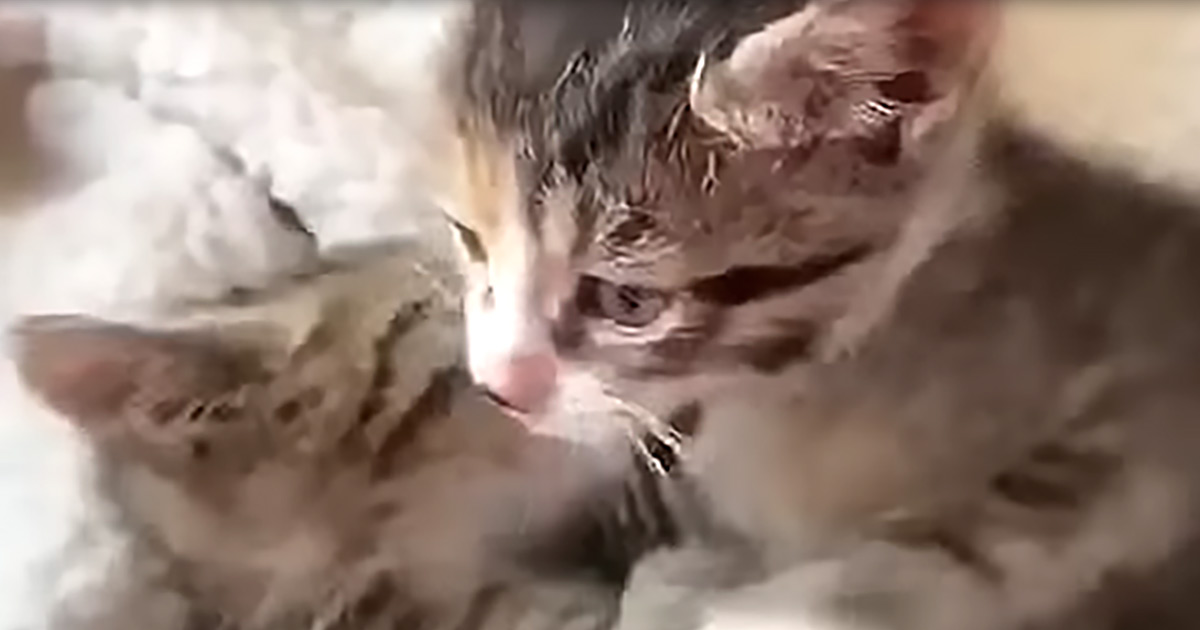 Ferby and Monroe are as close as siblings can be. Each of them fulfills a special role in their relationship. Monroe, the bolder of the two, helps bolster Ferby’s confidence and he, in turn, gives her a sense of her purpose: Protecting her brother. Both have special physical attributes and they make the most of them.

Rescued from a listing online – always a dangerous place for an animal to be – the pair found themselves in the care of a rescue in Salem, Massachusetts: Odd Cats Sanctuary, for cats with special needs. Both kittens were born with missing limbs. Monroe lacks one hind foot and Ferby has only his front paws.

But even though they only have five legs between them, both were blessed with extra toes in the front, giving the appearance of wearing mittens. These spare digits help them grab onto things to pull themselves around. The kittens with extraordinary limbs really make the most of the bodies they have, and really don’t seem to notice any disability.

When the pair of baby felines first came to the sanctuary, founder Tara Kay noted their uneasiness. Ferby was especially anxious, clinging closely to his more courageous sister. When Monroe was willing to venture out and explore the new surroundings, he followed her lead. Both have now settled in and are developing more confidence all the time, zipping all over their space with their unique little bodies. This bonded pair will go to their forever home together once they are old enough, but for now they will continue racing around like the energetic kittens they are. 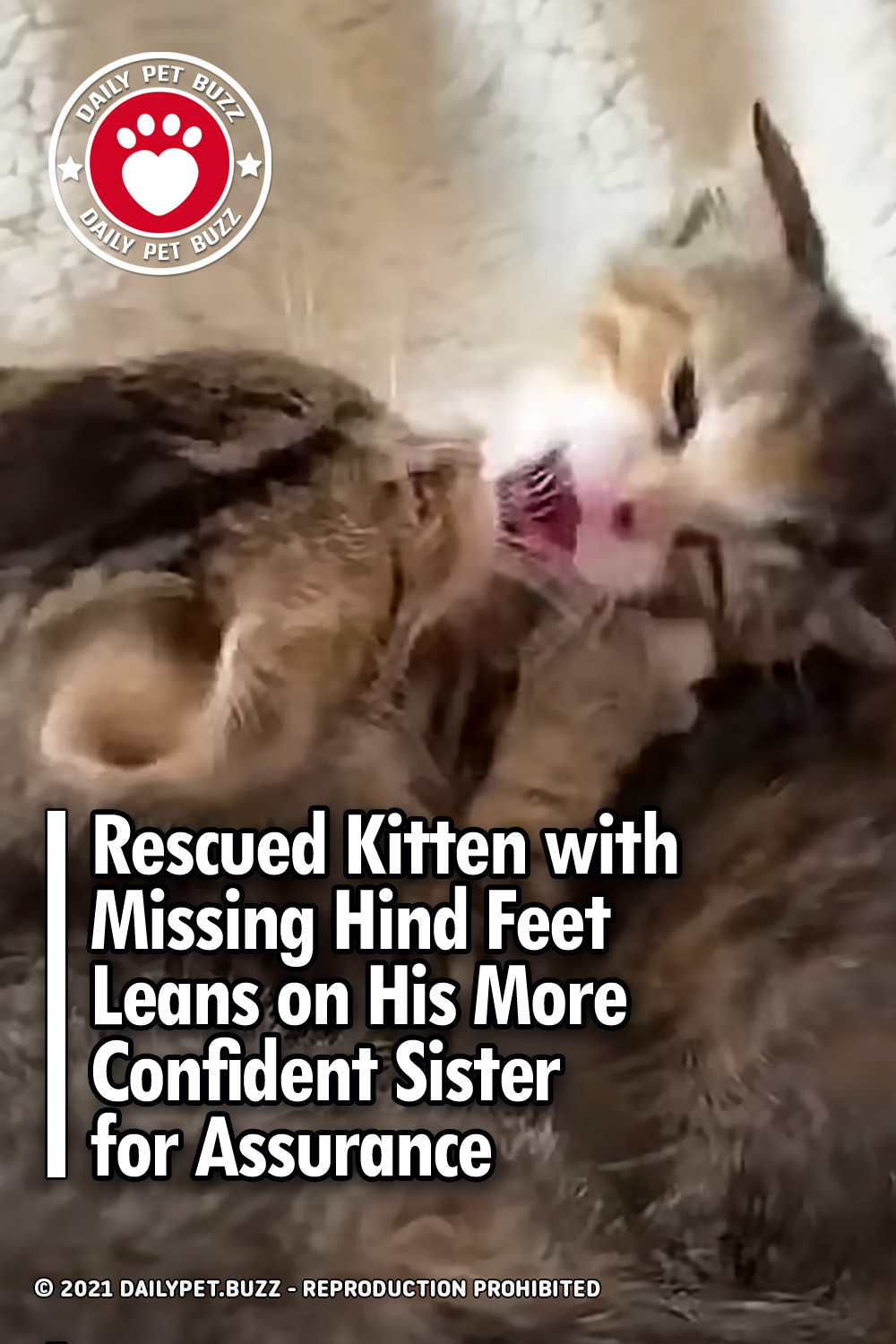