Some people believe that animals lack feelings and emotions, but if you are an animal lover, you know that this is far from the truth. Some people tend to believe that care and emotions are just limited to humans, but anyone who has ever seen a mother dog or cat lose one of their young knows that they feel the loss quite strongly. Animals feel emotions in the same way as we humans do, and this next clip shows a dog that is proof of that.

This video features a Rottweiler named Brutus and the one lying beside him is Hank. Brutus wakes up to find that his twin brother Hank has passed away during the night while he was sleeping. When this dog finds out that his brother is no more, he is sad and seems to understand exactly what has happened. He does not want to leave his brother and keeps on lying on top of his head. In the video they do not explain why Hank died, but Brutus obviously understands that he will not be playing with his brother any more.

Animals actually feel pain, and emotions, as we humans do and this heart breaking video is a sheer proof of that. This video actually broke my heart. Watch this heart touching video and tell us how you felt watching it through your comments. We’d love to hear from you and please be sure to share this video on Pinterest to show everyone that dogs really do grieve when they experience loss. 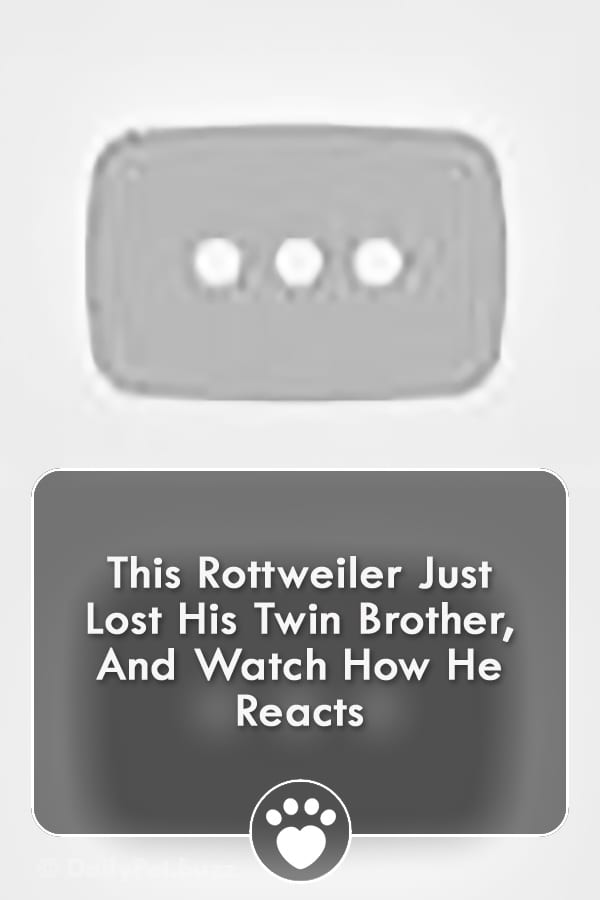