It is a dangerous world out there for homeless dogs. They have to fend for themselves, and as a result they end up wandering into some dangerous places. Hope for Paws received a call about a dog that had wandered into a waste management recycling facility. The find him living dangerously at the top of a big pile of recycling materials.

As a result, they wanted to lure him away from the dangerous materials before trying to catch him. They didn’t want to scare or confuse the dog, but he was very wary of humans and the people that worked there had not been able to catch him.

The rescuers are able to reach the dog with the help of the team from the waste management facility. They had to clear a path for the rescuers to reach him, but then he climbed higher. The dog is obviously scared of humans and initially runs away from the rescuers. After a time consuming pursuit that took two days, they eventually corner the dog and manage to capture him.

They name him Thor and he slowly but steadily gets used to their presence and touch. It is apparent from his reactions that he just wanted to be loved! He has such a sweet face and after being rescued and taken to a safe place, his entire demeanor changed. He just wants to be loved and like all of the Hope for Paws rescues, he falls in love with Eldad. Here’s wishing Thor a speedy recovery and a happy home!

What did you think of Thor’s rescue? Drop us your comments in the section below. 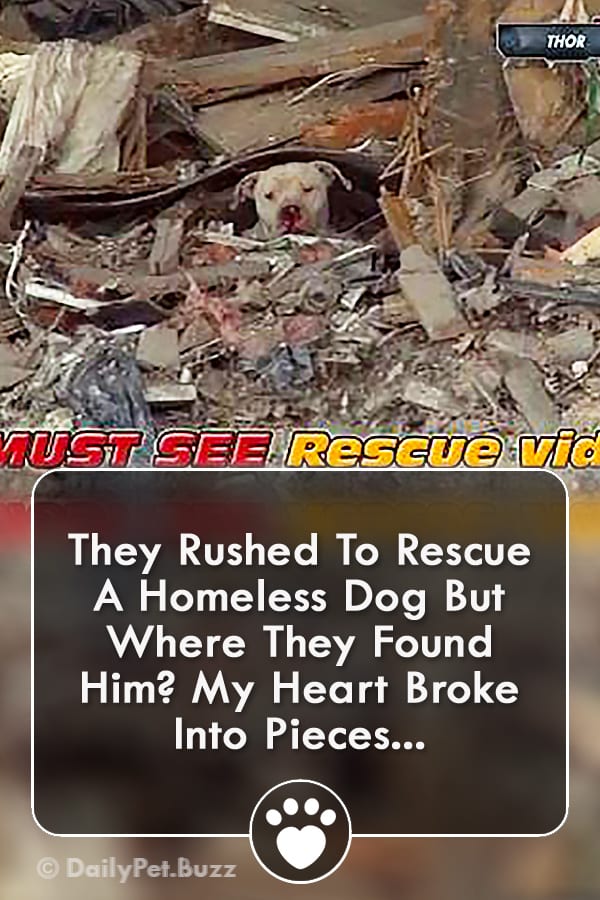