It’s one of the toughest parts of the job for a police officer ” attending the funeral of a partner who was killed in action. Knowing that they were there when it happened has to be very psychologically difficult for them. There will be times of intense reflection and wondering if there was something different that they could have done. But when the time comes, all they can do is pay their respects to the deceased. We see in this video that even a canine police officer can mourn the loss of his human partner.

The video shows footage of the funeral of Jason Ellis, who was killed in action after being ambushed in Kentucky. Ellis was very beloved as the turnout for the funeral attests. The crowd is quite large, including the whole local police force and family members and friends. There’s one special guest there ” Figo, Ellis’ K-9 partner. While Figo didn’t do anything like howl mournfully, he did get the attendees even more choked up when he put his paw on Ellis’ casket, like he was saying goodbye.

There are those who may think that Figo may have just been touching the casket for reasons unrelated to his knowing that Ellis was in there. I say, phooey to that. He knew who was in there ” he had to have at least smelled the scent of his deceased partner in that area. Dogs can mourn loss as much as people can. There have been times when they have stopped eating when either their mommy or daddy died. They grieve.

Figo is a very loyal dog and knows what he lost. I’m not sure if he got another partner or if he was retired from the force. He did look older in that video, so he may have been prepared to leave anyways. But he wasn’t going to go anywhere without at least one more goodbye to Ellis. That was the proper way to do it.

This video made me tear up. How about you? Did you cry and then go hug your dog? If not, go ahead and then come back and leave a comment. We’ll be here. 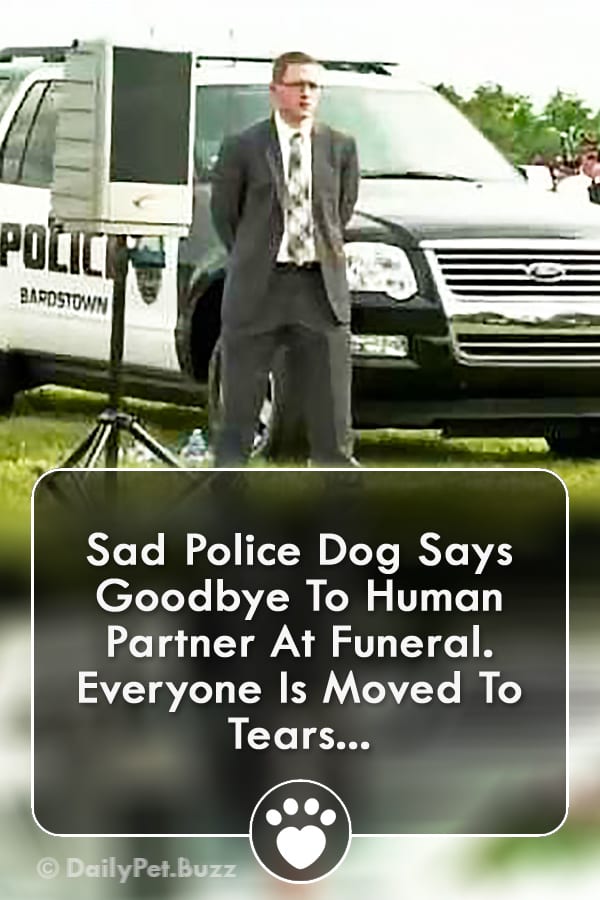