Stairs can be scary for a little puppy. There’s always the chance that they could misstep and go tumbling down like Jack and Jill did on the hill. They could always get stuck there too. Nobody likes that. Eventually they do learn how to do it and it all becomes second nature. But getting there is the long part of the journey. In the video, we see that this puppy’s daddy came to a solution that led to smooth sailing ” er- sliding.

What he did was set up several ramps along the steps to form one long ramp. The puppy stands at the top, stretches forward a little bit, and then slides down in the cutest way possible. It’s fun for everyone involved – the puppy, her human sister, and the daddy. Now he can go up and down the steps as many times as he wants. As he gets older, he’ll probably learn to use the stairs the regular way.

There are some who might think that he’s holding the puppy back from learning how to do it properly. To that, I say: Balderdash. The puppy’s small. The daddy can’t let the fear conquer him. What if there was an emergency and he couldn’t go down the steps? That would be a tragedy waiting to happen. So, this is a strong temporary solution until the dog comes of age. I wish I had thought of something like that for my dog when she was a puppy.

I’m surprised that the daddy was able to jury-rig something like that. The pet industry seems to have product for every possible situation. The daddy could probably have thrown money at some fancy one-piece ramp. I’ve got to say: Good on him for doing that. Saving money is the best. He’ll probably be spending that money on vet bills later on in his life, anyway. Best to save it now. 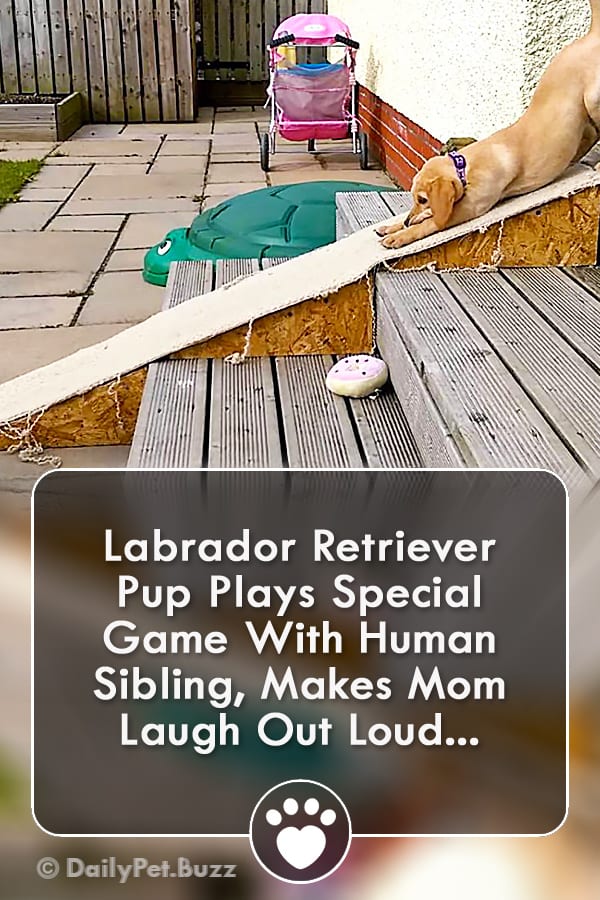