Yoga is a great form of physical exercise as well as a mental workout. It is good for your mind and body, and this dog featured in the video seems to agree. It seems even dogs can master this art. His owner can be seen sitting on the floor and trying to do a yoga pose, but she is not successful. But the dog executes it perfectly!

This dog owner encourages her very attentive dog to do the pose, and he does it perfectly! The move is pretty hard but the dog has no problem whatsoever. She tells him he’s a good boy and says, ‘stay.’ He just sits there looking at her lovingly and it seems he can even hold that position for quite some time!

What is the pose? He puts one hind leg behind his head! His owner isn’t even close to accomplishing this pose! He releases the pose and his owner tries it with her other leg, with no success, but as soon as she gives the command, her dog does it with his other leg. No problem!

He looks so smug as he stares at his owner for her incompetence! This dog is going places in the yoga world. Maybe his owner should open a doggie yoga studio! He does look at her like, ‘Why can’t you do this?’ but at the same time, he clearly wants to please her by performing the trick. She gives him a rewarding pat on the head.

Watch this yoga master below! Isn’t he hilarious? Share your thoughts about it in the comments! 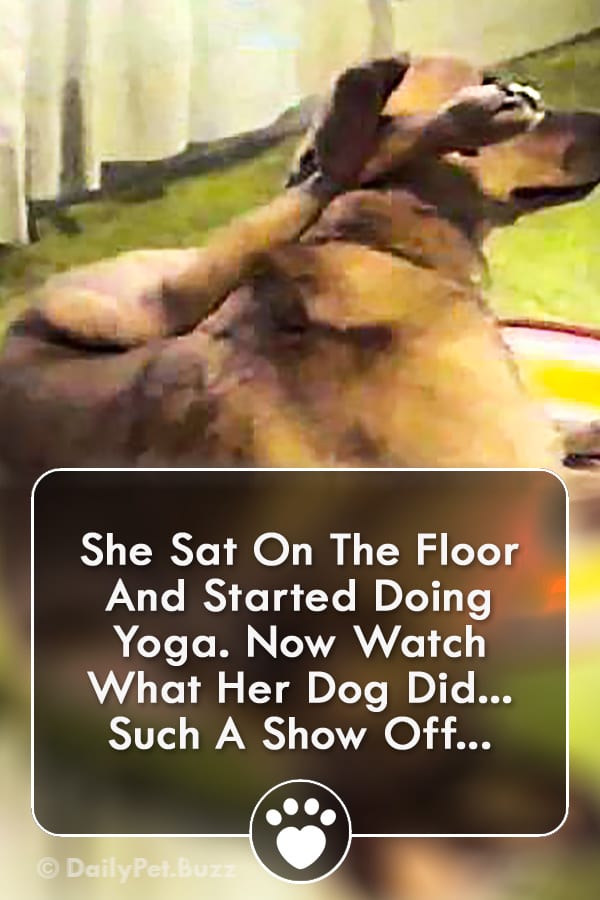