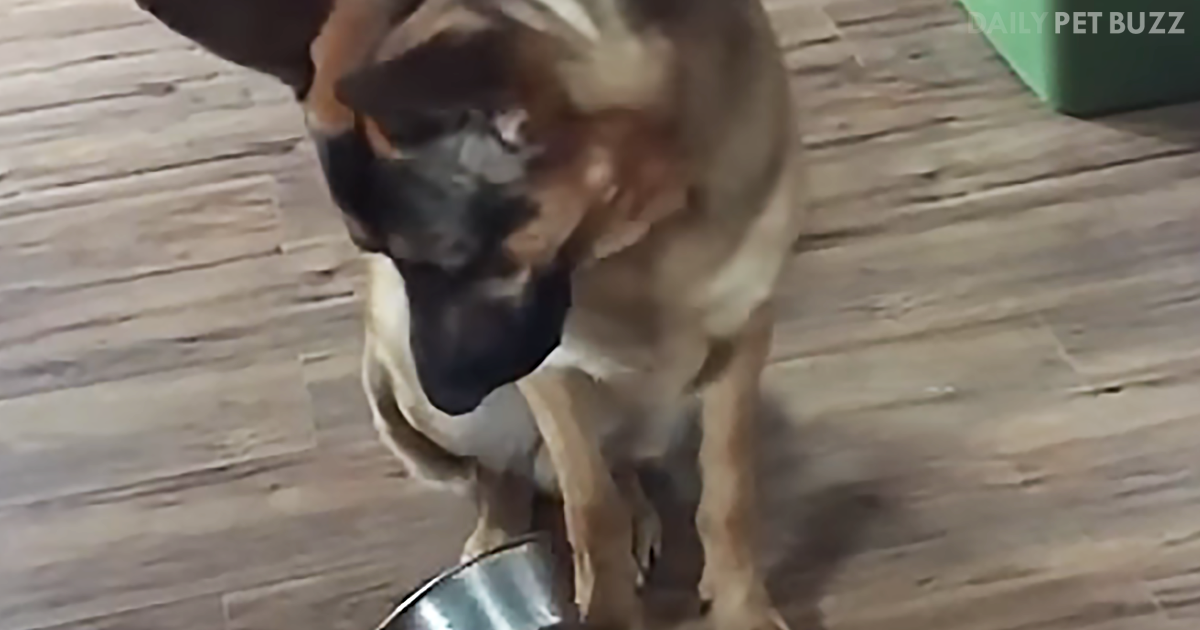 Pets usually have ways of telling us they’d like something to eat. This could be a simple as sitting with a certain posture and giving us a certain look. Other common techniques food-seeking pets use include vocalizing, following people around, and lingering expectantly in the kitchen. Here we’ll see a German Shepherd who’s a real expert at saying, “Please feed me!”

German Shepherds are a relatively recent breed of dog, officially dating back only to the late 1800s. They were originally bred with sheepherding in mind, but this intelligent and obedient dog has since proven itself adept in many other roles: police dog, military dog, assisting the disabled, search-and-rescue, and even as actors in movies and on TV (Rin Tin Tin was by far the most famous). German Shepherds are confident, curious, and eager to learn. Great dogs.

Apollo is a handsome German Shepherd, and as you’ll see, he’s obsessed with food. This is actually pretty normal: like a lot of animals, German Shepards always on the lookout for something tasty. In fact, thanks to their keen sense of smell, they can even track down bones that have been buried.

As you’ll see, Apollo starts by loudly knocking his metal food bowl against the floor. His human makes a show of pretending not to have the slightest idea what he wants, even though Appolo is making it pretty obvious. The hungry dog then positions himself near a cupboard, making his best puppy eyes. “You want some food? Food? You hungry?” Bark! “It is midday! You just ate! And you’re hungry again?”

We’ve posted the video of this German Shepherd asking for an early dinner. You’ll definitely get a few chuckles from it. Is Apollo the German Shepherd so handsome and smart that you’d give in whenever he asked for some food? 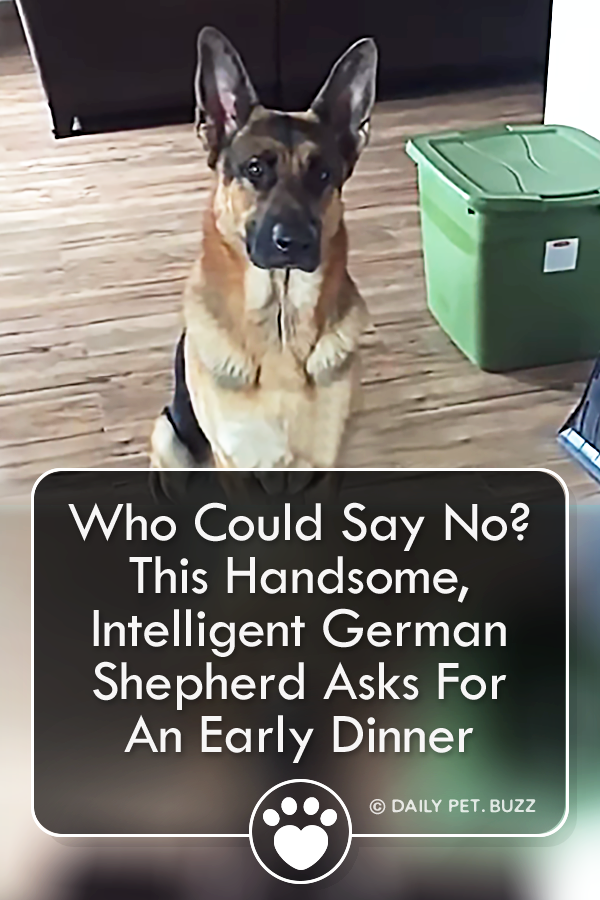