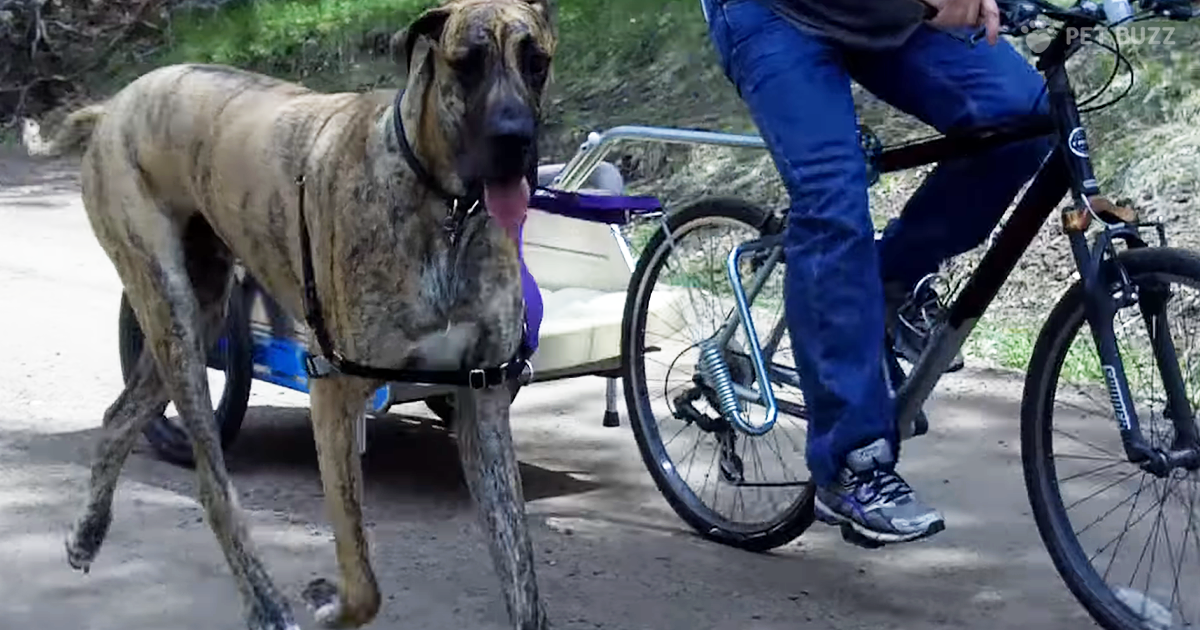 As any doctor could tell you, exercise can do wonders for your health. Even a modest amount of daily walking will have a positive impact. One Colorado man enjoys taking his bike out for a ride on a path with great views of nearby mountains. Typically his friend Luther runs beside him. Luther is a Great Dane.

The Great Dane is one of the biggest and tallest breeds of dog out there: the tallest on record was 44 inches — and that was his shoulder height. Back in the 1500s, German noblemen began importing hunting dogs from England; these were generally mixes of English Mastiffs and Irish Wolfhounds. They were chiefly used for hunting deer, bear, and boar.

In fact, in the 1800s, when the breed (now with German modifications) returned to England, it was initially known as the “German boarhound.” Later, the complexities of international politics led to the choice of a more neutral, if artificial, nationality for the dog. Hence the Great Dane.

Despite its enormous size and history as a hunter, the Great Dane is actually a very friendly, easy-going dog; a true gentle giant. They’re so affectionate that people call them “the world’s biggest lapdog.”

Dogs are made of the same stuff we are, and like us humans, they need exercise, too. This brings us back to Luther the Great Dane. His human dad made a totally charming video of the two of them enjoying a session on the bike path. He added upbeat music to the video, but then as Luther gets tired, the music slows down.

But not to worry: dad has a trailer attached to the bicycle. Luther hops aboard and enjoys the ride. At the end of the video, we see there was another dog along for the ride, but this one was small enough to fit in a backpack. Check out the unique and hilarious exercise video we’ve posted below. 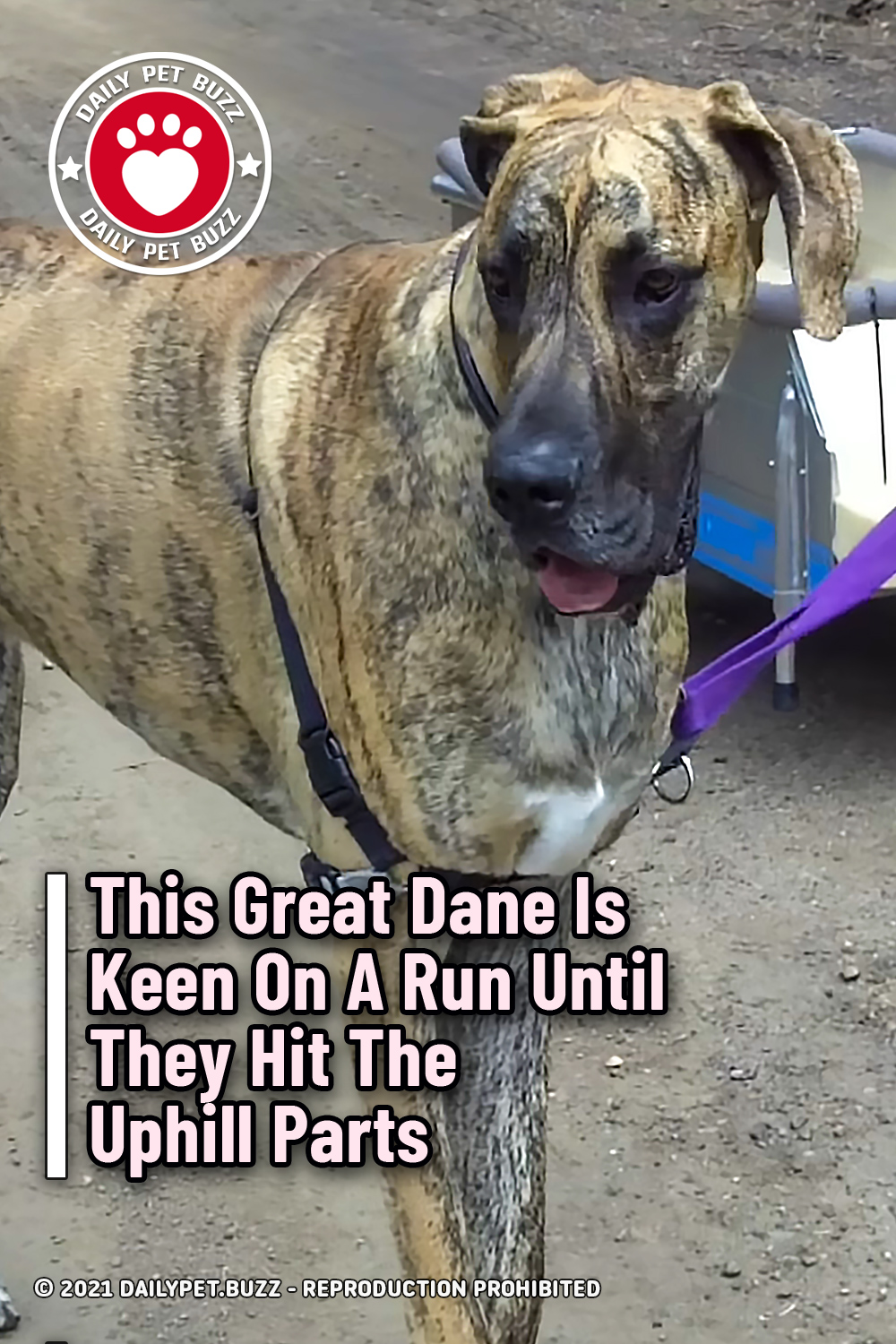