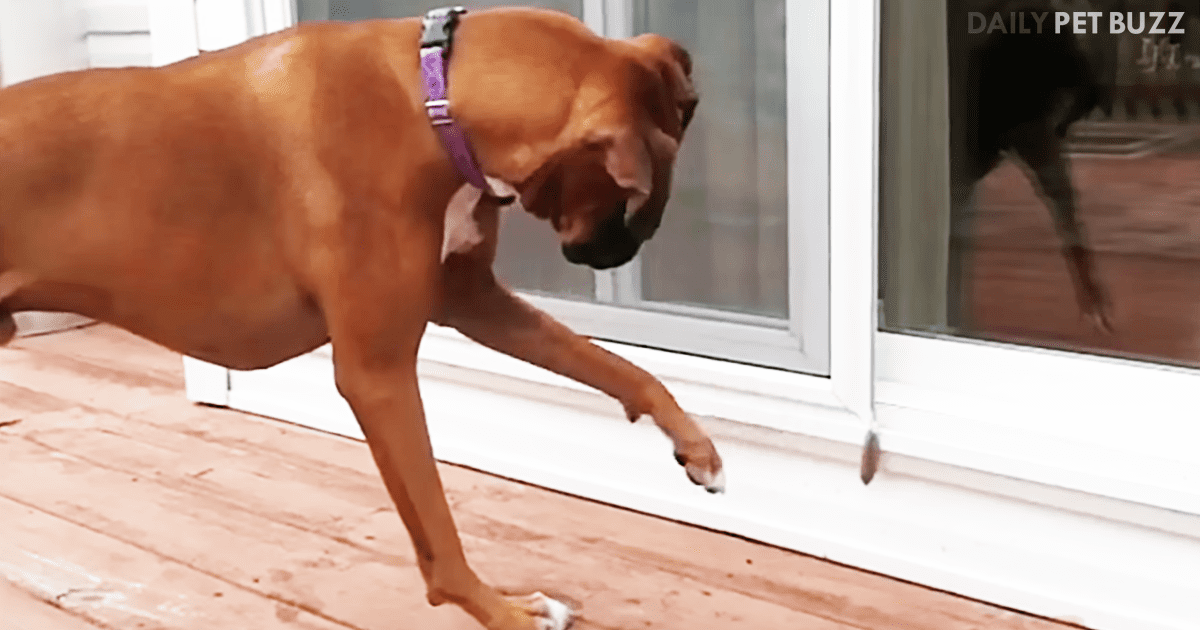 Many dogs get scared over some senseless little things. You have no doubt witnessed your dog go through something similar, right? It is really hilarious to watch animals get horrified by things that are actually innocent and harmless.

Wait till you see what this boxer does when he sees a tiny little feather. I laughed at his expense, but it was totally worth it. I didn’t feel too badly about laughing because I was laughing right along with his mom, who was filming.

This pooch found himself in a bit of a pickle when he encountered a feather hanging on the sliding glass door frame. It looks like this curious guy really wants to touch it, but the more he inches towards the feather, the more terrified he gets.

The look on his face is one of confusion, or maybe that’s just how boxers look all the time, but it sure is cute in this clip. He approaches the feather, then backs away. He does it again and again.

Finally, he decides to sit down, and that doesn’t make him feel any better about this strange object on the door, so he gets up again. He gets closer and closer, finally pawing at the door frame and the feather, but not touching it just yet.

In the end, he overcomes his internal battle and shows the tiny feather who the real boss is. He touches the feather, and it lands on the deck. Yay! His reaction is precious, to say the least. Don’t miss this adorable footage below. 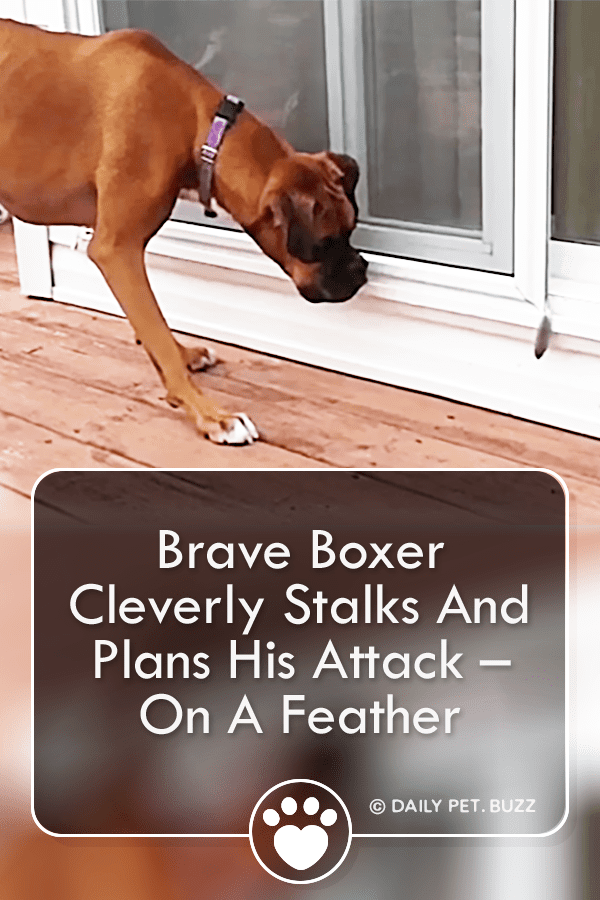