It’s amazing the circumstances that some friendships begin. They can start in the most dire of circumstances. There have been stories about lifelong friendships that have been forged in prison ” in real life, not ‘The Shawshank Redemption’ ” and other equally stark settings. While an animal shelter isn’t exactly a prison, it’s not exactly ideal. That didn’t stop a pup named Ruggles and a kitten named Chompers.

When we first meet Ruggles, he is SO tiny. He can barely stand and walk properly. Instead of walking, he kind of totters around like someone put liquor in his drink. It’s so adorable though, and he’s a lucky little pooch, having been rescued from a puppy mill. He’s not alone there, though, the people at the shelter paired him up with Chompers. The two of them became fast friends, despite their obvious differences.

Chompers is the more reserved of the two, sometimes looking befuddled when Ruggles, who is a shih tzu, decides to wrestle. They also have a blast trying to play with balls. There’s no hint of cat/dog animosity. It helps when they are exposed to each other at a very young age. I wonder what would happen if they were introduced to each other again after a few years apart. Hopefully, they would remember each other.

This story has a great ending though, with both of them being adopted. Ruggles was adopted first and there was an updated picture of him as he had grown older. He had apparently overcome health issues too, not a surprise though with his coming from a puppy mill. He’s now happy and Chompers also went to a forever home. It’s great that these two got along so well when they were together. Hopefully, they remember each other in their new homes.

What did you think? Were you smiling the whole time? I was, for sure. Tell us all your reactions in the comments section below! 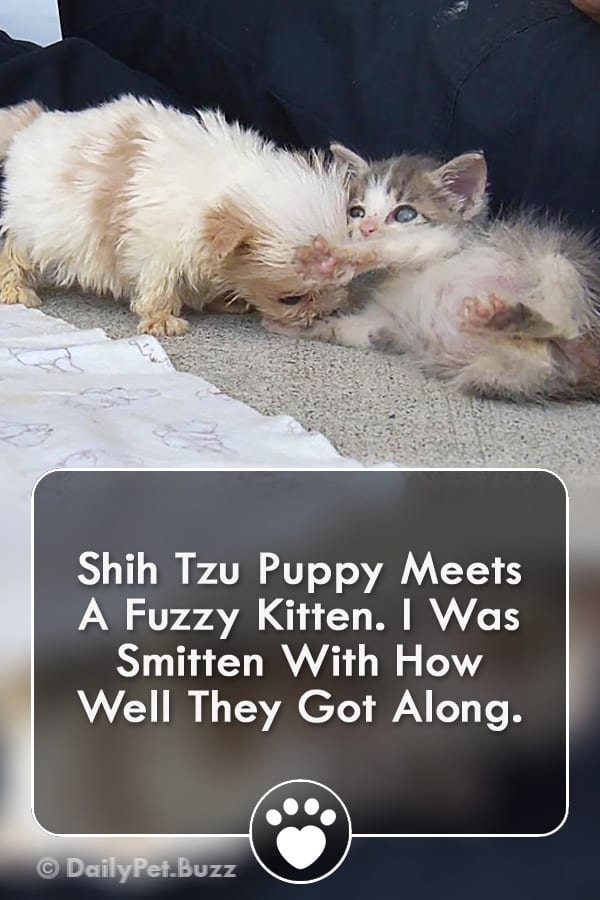