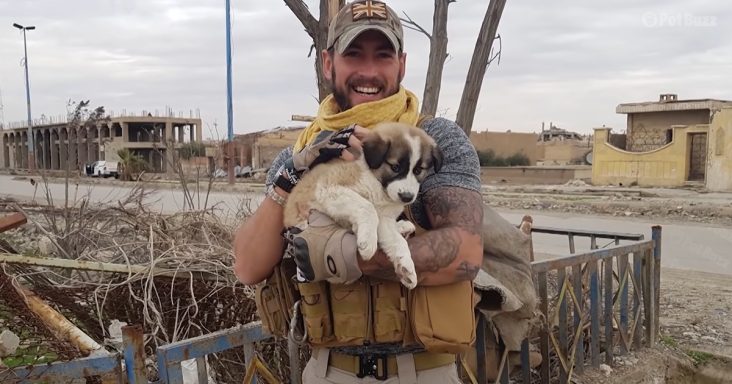 It wasn’t easy for Sean Laidlaw to be reunited with his dog, who was left in Syria when he went back home for what he thought was a brief trip.

Sean was a British Army veteran who was working in Syria as a private contractor. In the rubble of a building, he and his team found a tiny puppy he decided to name Barrie.

They didn’t pick her up immediately because she was still frightened. After three days, she warmed up to Sean, and he brought her back to their base. Barrie was always with Sean or someone from his team.

Having a dog brought them so much joy and distraction from their work in Syria. Sean talked about some of the horrors they witnessed every day. Coming back and playing with Barrie was a breath of fresh air.

When he flew back to the UK, he thought he would return to Syria, but the contract was canceled. Thankfully some people were still in Syria to take care of Barrie.

Sean contacted a charity called War Paws who specialized in rescuing animals in war-torn regions. He raised enough money, but he had to get help from his friends to get Barrie out of Syria and bring her to Jordan, where War Paws could help her.

Barrie had to be put in a cage, and Sean met her in Paris. It had been a while since she’s seen him, so it wasn’t the cute reunion most people imagined. Sean gave her time to calm down, and she recognized him then he took her home. 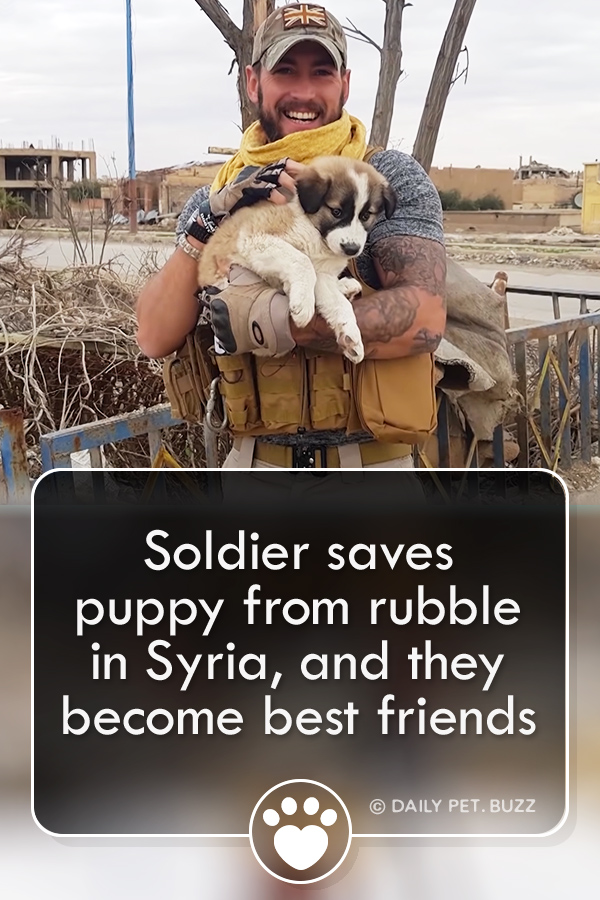