Many of us are familiar with the amazing rescues that Hope For Paws has completed till date. It is a non-profit organization that involves for the rescue of suffering animals. They work for the benefit of all types of animals that are found suffering and in terrible conditions. It was established by Eldad and Audrey Hagar who have been fostering hundreds of animals in their home for the past eight years.

Eldad and his friend Annie Hart were in Compton when they saw a dog hiding under a trailer. They found out from the neighbors that the poor dog had been left behind by his owners when they moved houses. When they tried to catch him, the pooch kept running away. But they followed him and finally caught up.

Due to the rough conditions that he had been living in, the little pup was very frightened of humans. He wouldn’t accept the food Eldad had, so Eldad ended up chasing the badly-matted little pup. He finally caught him in a neighbor’s yard and calmed him down. Once they got him in the car, he still seemed stressed, but he was starting to trust them.

They decided to name him Theo. Theo’s spirit was broken and he looked depressed most of the time, even after he was cleaned up and all of his hair was shaved off. But he was taken in by a loving foster home from Mutt Scouts and his liveliness and spirit returned. He soon made new friends and learned to trust again.

Watch this heart touching rescue video above! What do you think of it? Let us know your thoughts in the comments! 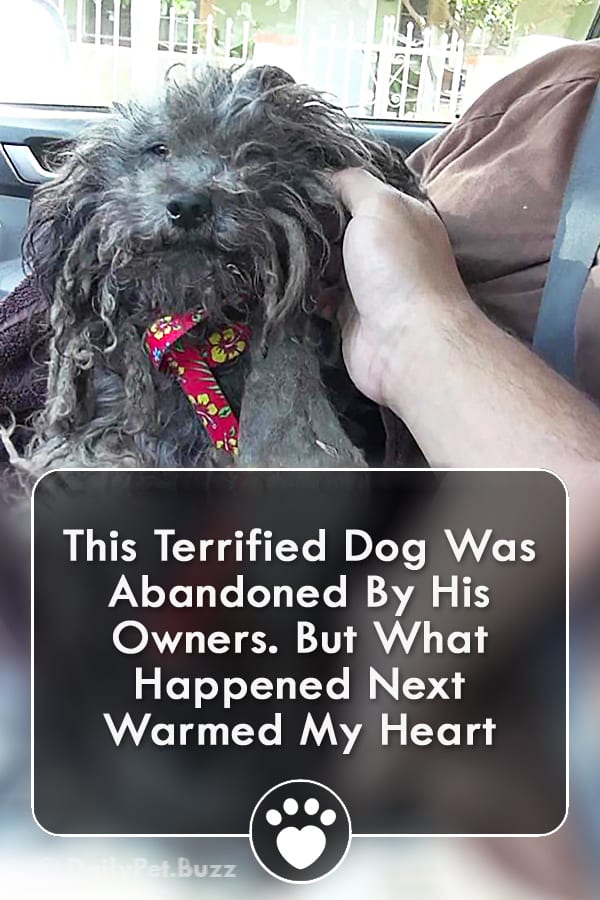