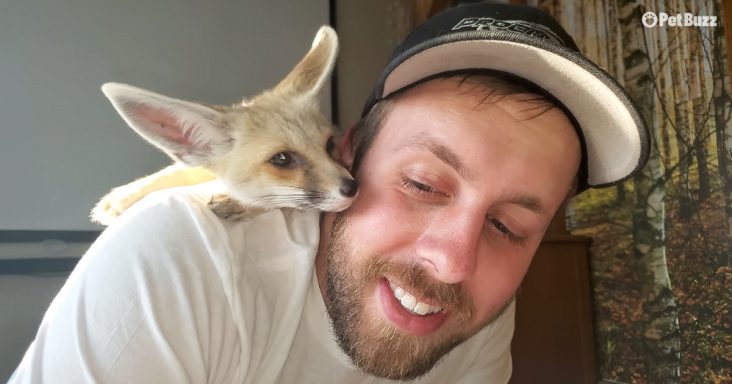 Fawzi, the fox, loves his dad Ethan and climbs onto his back to clean Ethan’s ears. Ethan is laughing as Fawzi licks and bites his ears. He is pretty ticklish.

It is a sunny day, and the light hits Fawzi in the perfect spot where he can stay warm while still being on Ethan’s back. Ethan can’t stop smiling and laughing the entire time.

Fawzi is perched on his dad’s shoulders and cleans him on both ears. Ethan says he is symmetrically clean, and it makes up for what Fawzi did to him earlier that morning.

Apparently, while Ethan was sleeping, Fawzi ran over his face and then did it again ten more times. Fawzi’s long fox ears perked up whenever they mentioned his name.

While Ethan was trying to use his phone, Fawzi bit on lightly chewed on his cap. Then Fawzi went onto the crook of Ethan’s back and curled up to get comfy.

Ethan began talking about organizations that save foxes and another one that does rescues. He is wearing a shirt from a marathon that helped the foxes.

A challenge was given to Ethan to show his shirt without letting Fawzi fall off him. He stood up without lifting his back, and he was able to reveal the front of his shirt. 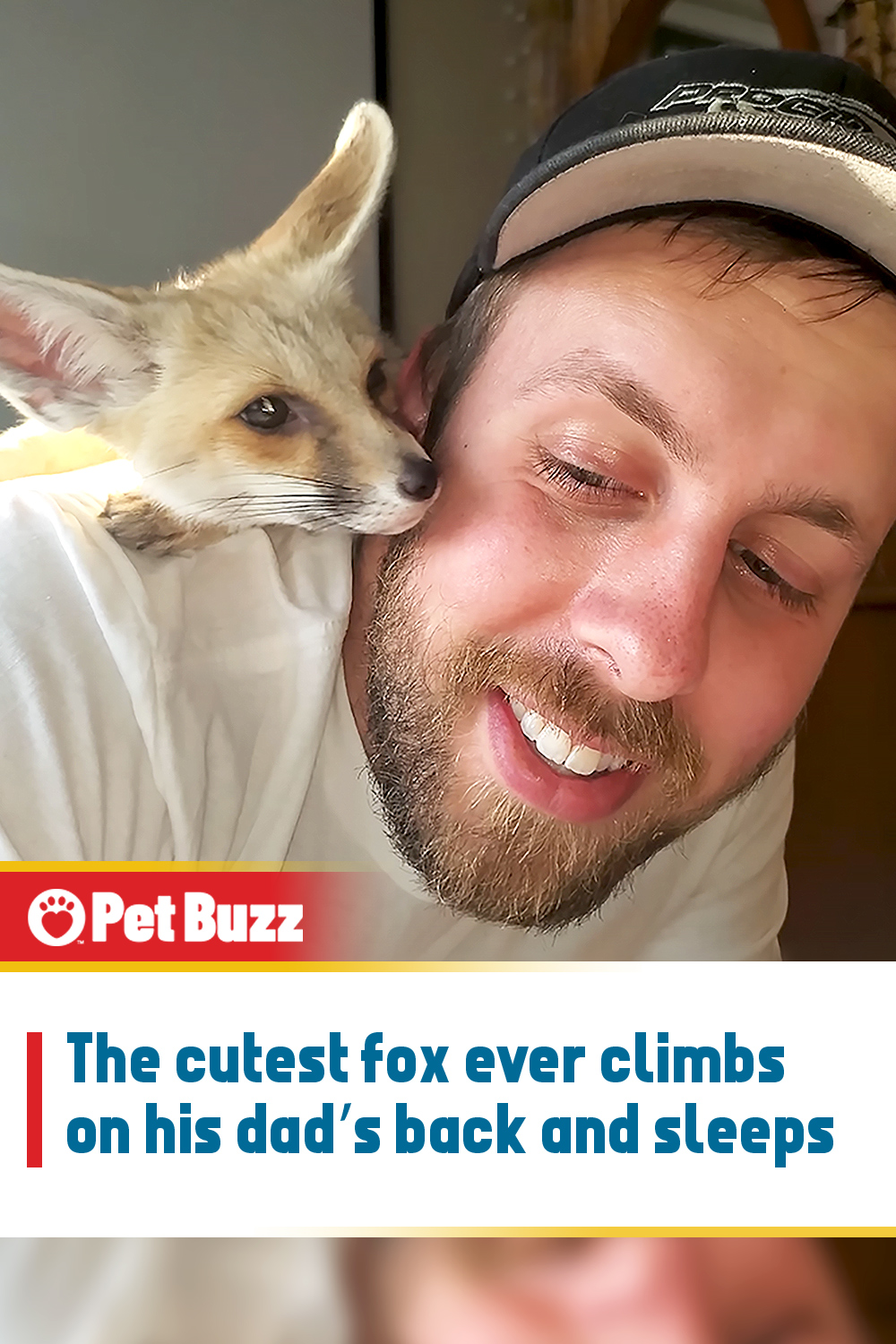