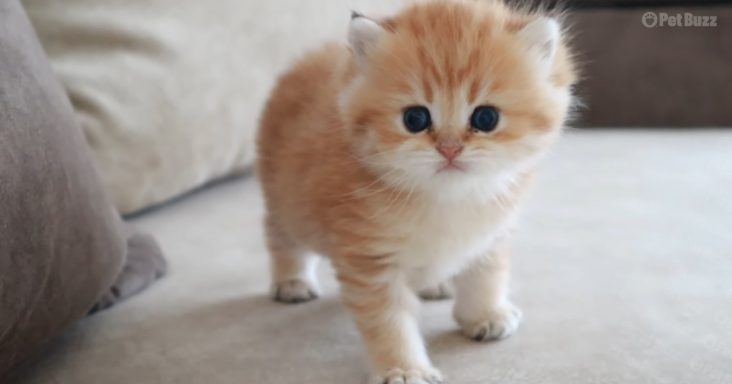 The most dangerous and fuzzy kitten was spotted prowling on top of a very soft sofa. His name was Pixel, and he had bright orange fur with big beady ferocious eyes above his whiskers.

He stalked around the living room, looking for his next victim. His claws were small but feared by all of his tiny friends. Pixel walked backward and was ready to pounce at any moment.

The sofa cushions were his next target, and he attacked it with adorable ferocity. He rolled around and did his best to walk without tumbling over.

Pixel was indeed the most dangerous kitten in the world. While roaming around, he receives pets and scratches that he enjoys. He was as big as an adult human’s hand.

One of Pixel’s kitten friends arrives to play with him. The kitten has pristine white fur, and they wrestle on the couch. It is a storm of orange and white as the kittens go at it.

The white kitten rolls onto her back, and Pixel is victorious. His next challenger is a friend who looks just like him. When playtime is over, Pixel continues to roam around.

Pixel rolls onto his back while receiving gentle pets. He looks up when the hand moves away, and his eyes say that he wants more belly rubs. 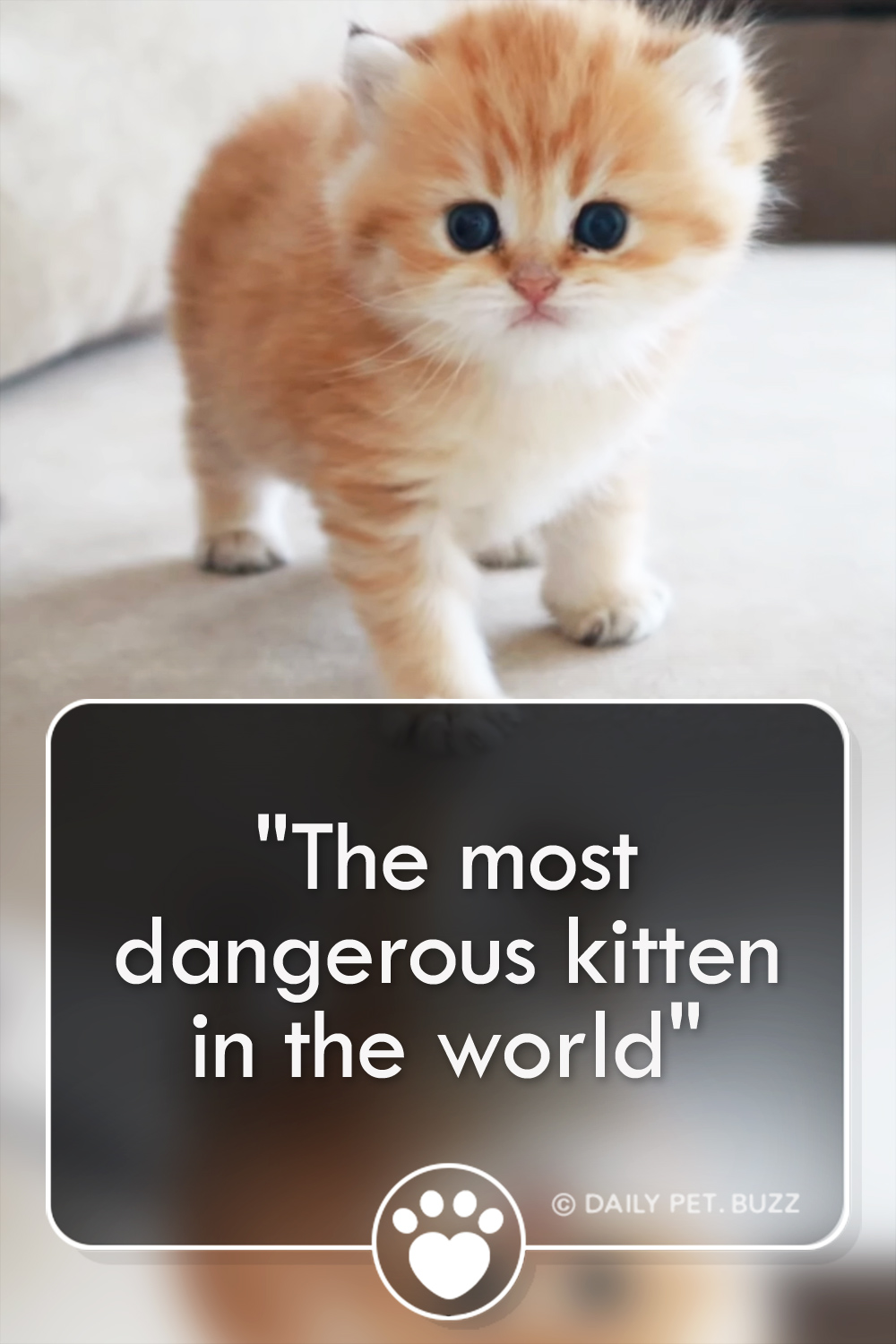