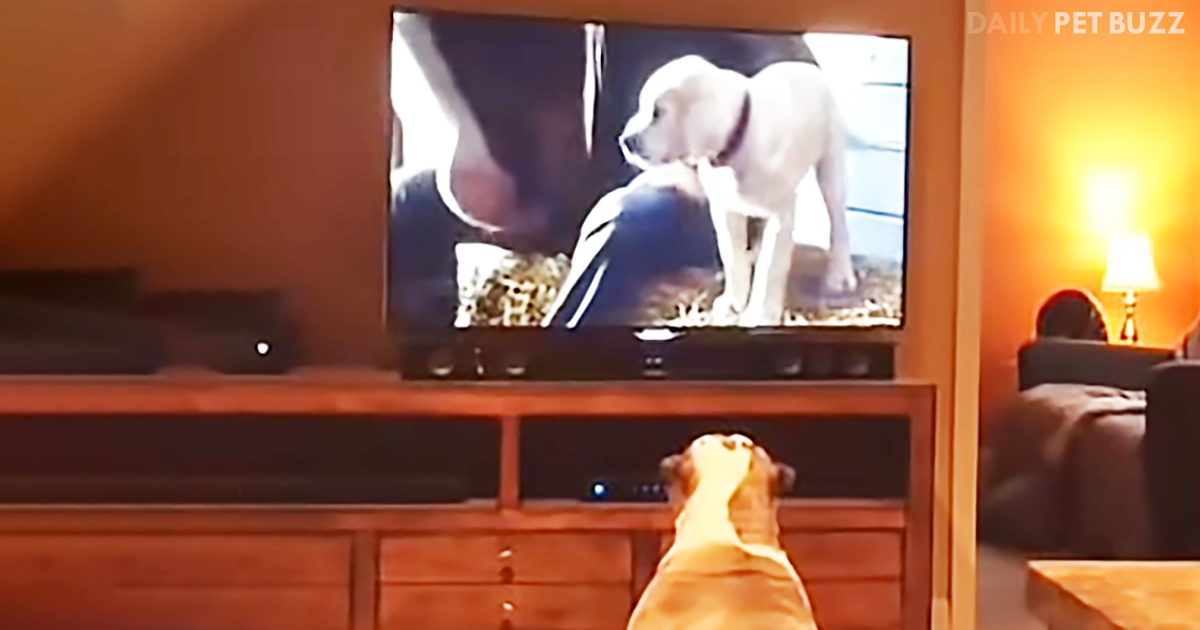 Do you remember how excited you would get when you were a kid when even just a commercial came on showing the toy you so badly wanted, or maybe a favorite food? Even now, the tunes from some old advertisements can bring back a fun memory.

Let’s all think about Super Bowl commercials now. Which brand first comes to mind with their always-incredible ads? Budweiser, of course. I mean, who can resist those magnificent Clydesdales? And recently, there have been a few with that adorable puppy.

Well, that adorable puppy we know so well from the Budweiser commercials has a fan. This is no ordinary fan, though. This fan is named Khaleesi, and she is an English Bulldog. Khaleesi can’t get enough of her favorite puppy whenever she sees him on TV.

Mom and dad had the presence of mind to record the commercials for the Super Bowl, and Khaleesi couldn’t be happier. They replayed the commercial and filmed exactly what Khaleesi does when her favorite pup comes on.

As soon as the music comes on, Khaleesi toddles in from the other room to watch her buddy on TV. This is the ad where the wolves have the pup cornered, and the brave and giant Clydesdales come to rescue their friend. Khaleesi can’t take her eyes off the screen. Her butt wiggles and she gets a little worked up when the wolves are on screen but then is visibly relieved when the Clydesdales arrive.

Khaleesi’s reaction is priceless. To prove it wasn’t a one-time thing after Khaleesi had returned to whatever she had been doing, mom (or dad) started to replay the ad. Khaleesi zipped right back in the room to watch it all over again. This is just adorable. 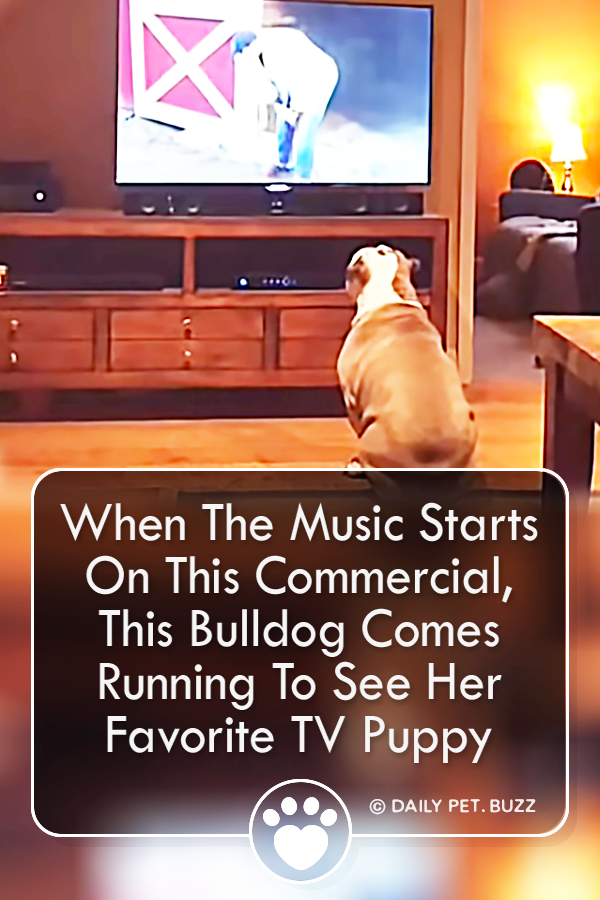