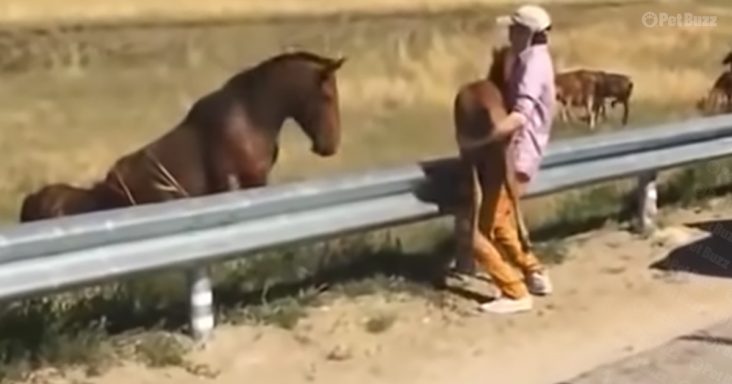 A man has touched hearts on the internet in a video showing him reuniting a baby horse with his worried mom.

The man and his friend enjoyed a simple long drive through the countryside when something caught their attention.

There was a little pony who was desperate to reunite with his mother. However, the only problem the poor foal had was he was unable to cross the guardrail between him and his mother.

The man immediately slows down the car and tries to touch the pony. However, the poor thing starts to neigh of fear and agitation. Soon the kind man gets down the car to help the foal.

The mother horse was worried a lot and could do nothing about the situation. However, the man knew exactly what he had to do. He walks closer to the foal and finally catches up to him.

Then he lifts the foal up in his arms and puts him over on the other side of the guardrail. As soon as the pony lands on the ground, he swiftly runs towards his mother.

Many people have hailed this man as a true gentleman for his kind gesture towards the innocent animal. This is something only possible by a man with a golden heart. 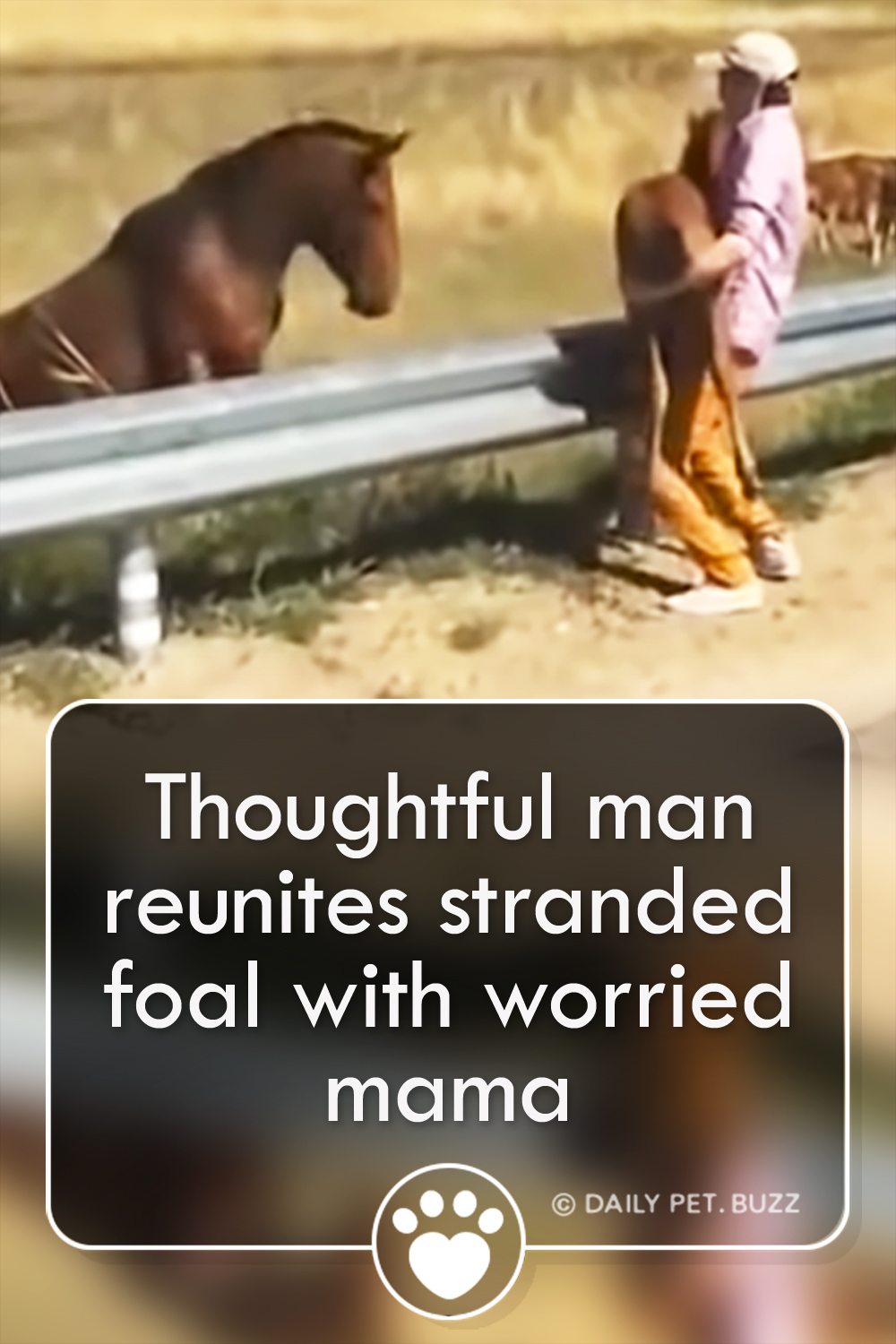