Life is always hard for stray dogs, especially in a country like Greece where most people don’t take animal welfare very seriously. The country has huge numbers of strays and far too few people who are willing to help them. One group that does its best is TheOrphanPet. Valia Orfanidou, one of the group’s key members, describes what they do: “Our work includes spaying and neutering, rescuing and re-homing stray dogs and cats. I firmly believe in educating people, but in a fun and respectful way… and maybe make my point clear. Rescued dogs and cats, even if they have gone through heck, can become amazing pets, happy and funny. Their ability to forgive and forget is unbelievable, and that is a fact.”

The young dog, later named Blossom, had probably been wandering the mean streets of Athens, Greece for at least several weeks when a volunteer from TheOrphanPet spotted her. The dog was in really bad shape. For one thing, a wire had been tied around the base of her tail when she was younger and as she grew, it became embedded, cutting off blood flow. Now her tail was essentially dead (it was later amputated). But what was really urgent was the tick situation. Blossom’s body was covered by literally thousands of the little blood-suckers. They’d drained her so thoroughly that she’d have died within days had she not been rescued and given a blood transfusion. It took Blossom’s foster mom about a week to pluck all the ticks off her.

But as you’ll see in the video posted below, the good news is that Blossom made a full recovery. It took a couple of months, but she looked a lot better and was clearly a whole new dog, happily frolicking with people and other dogs.

Amazed at what some tender loving care was able to do for this stray dog? Let us know in the comments at Facebook. Be sure to like and share: just one way to raise awareness about animals in need! 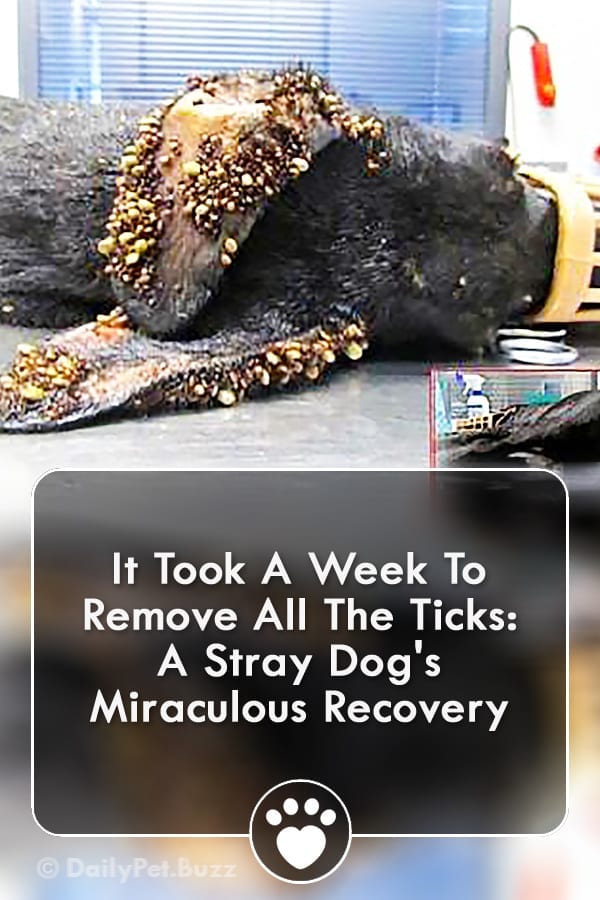