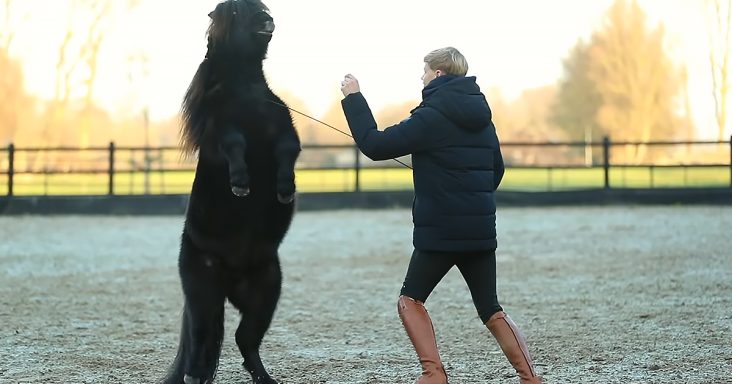 Horse lover Jesse Drent shows the true magic of his special companions. Each horse means so much to him, and he works hard to train them with positivity and kindness.

The first horse he took out to the enclosure was Andorra. Andorra was majestic and obedient. He said he couldn’t describe their bond because it is so unique.

She followed Jesse’s commands and was also playful like a dog when allowed to be. Jesse watched as Andorra gracefully galloped and chased him around.

Andorra could bow, stand up on her hooves, walk sideways, and more. After she was finished, Jesse took Macho out into the enclosure. He was a more petite horse with a beautiful black mane.

Macho was energetic and quick. He waves his hooves to say hello and spins when Jesse tells him to. Jesse kissed him and hugged him because he was so proud.

Another small horse named Bear joined them. Bear had gorgeous golden hair and was the same size as Macho. Jesse was able to get both of the horses to listen to him simultaneously.

Jesse and Macho lay on the ground when they were done with their training. Macho rolled over and rested his head on Jesse’s chest. They shared a sweet moment as they cuddled and rested. 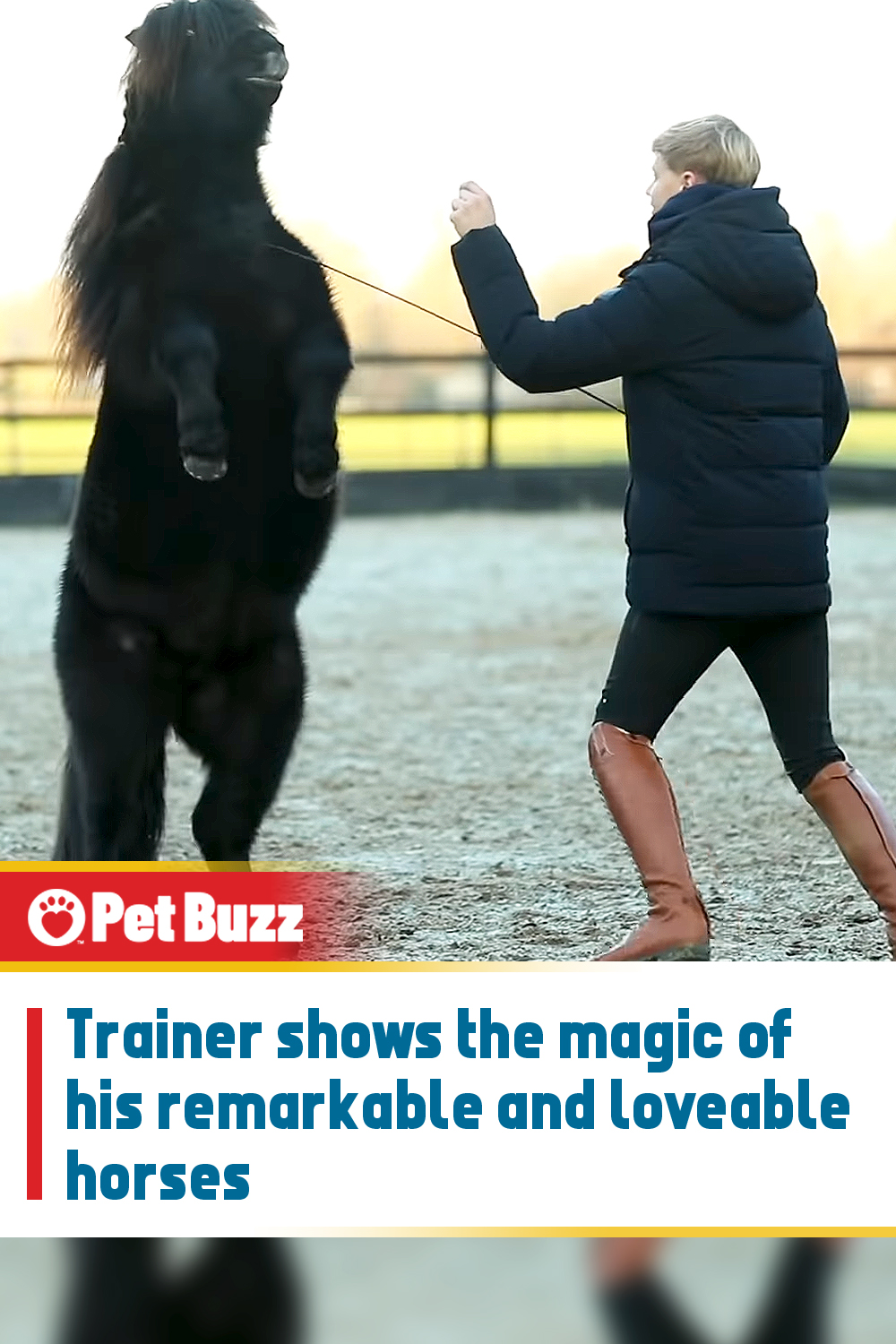