Having a kid is a tough job. If you think it’s not, well you must be one of the very few people in the entire universe to say that. Of course, everyone loves their kids, but there is no denying the fact that they can be a handful most of the time, not to mention expensive.

And that’s the situation this daddy is going through. This poor guy became the father of five little babies and of course, he is going through a rough time handling all that adorableness. He looks a little bit stressed sometimes, but he’s handling it. This is an advertisement by a Belgian electrical company and it is sure to melt your heart!

First, this daddy meets his babies in the hospital. He has a bit of a deer-in-the-headlights-look when he sees them for the first time. Maybe he’s in shock. But once they get home, he warms the bottles and gets everybody fed, and then it’s time to unload the dishwasher.

The chores are done, so it’s time to play. He puts the kiddos on the train, each one in their own car, and takes them for a spin around the tracks. Then he tries to film all five of them, and they are crawling all over the place and falling off the stool.

But sleepy time comes eventually, and they make their cute little sleepy noises and he listens on the baby monitor, exhausted and in his own bed trying to sleep. But there’s something you don’t know about this commercial. The daddy is a dog and he’s taking care of five puppies! It’s too cute. What a great ad.

Watch the video above and let us in on your thoughts in the comments! 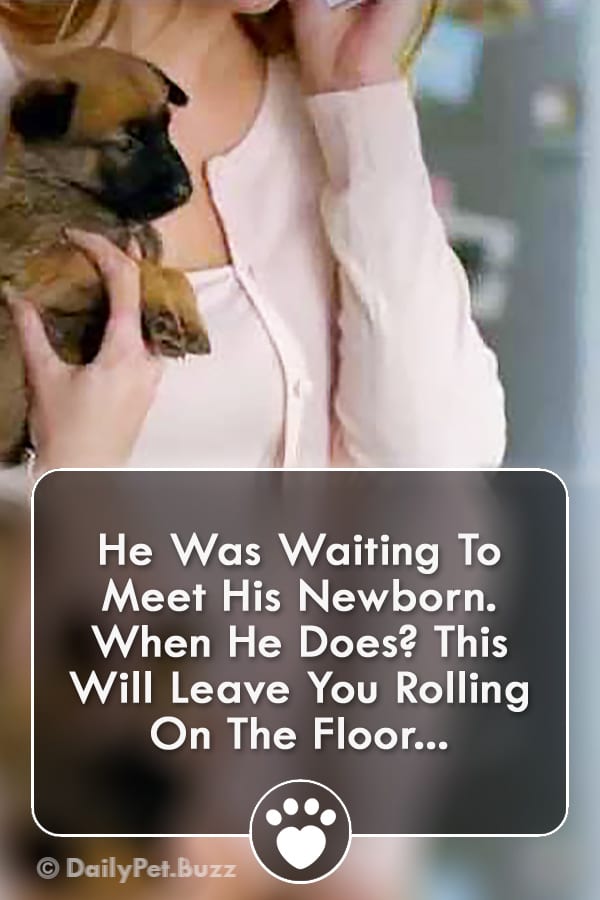