The puppy in this video is going to make you say ‘aww.’ This cute baby Bulldog is more than your daily dose of cuteness, and after watching this video, you won’t need to see anything cute for quite some time. Scientific studies have shown that having a pet reduces stress levels and blood pressure, and that watching videos of pets can have the same effect. This little bulldog is surely going to improve your health!

The little baby Bulldog is just learning to howl. The dogs howl is so adorable you simply won’t believe that a dog could make this sound. Before long the dog will have grown out of this phase, so I’m so glad that the puppy’s parents were able to film this remarkable moment and share it with us. He’s just learning to howl, and it doesn’t seem like he’s going to stop any time soon.

This heart melting dog has to be, by far, the cutest dog video we have ever shown. This adorable little puppy steals the show with his amazing cuteness. Enjoy this cute, wrinkly little dog trying his very hardest to howl.

I haven’t seen many dogs cuter than this one. His owner makes a noise while filming, and the little guy stops in his tracks because he’s startled. His white face and short, little legs make him all roly-poly and cuddly. I wish I could pick him up right now.

What did you think of this video? Let us know what you think in the comments. We’d love to hear from you! 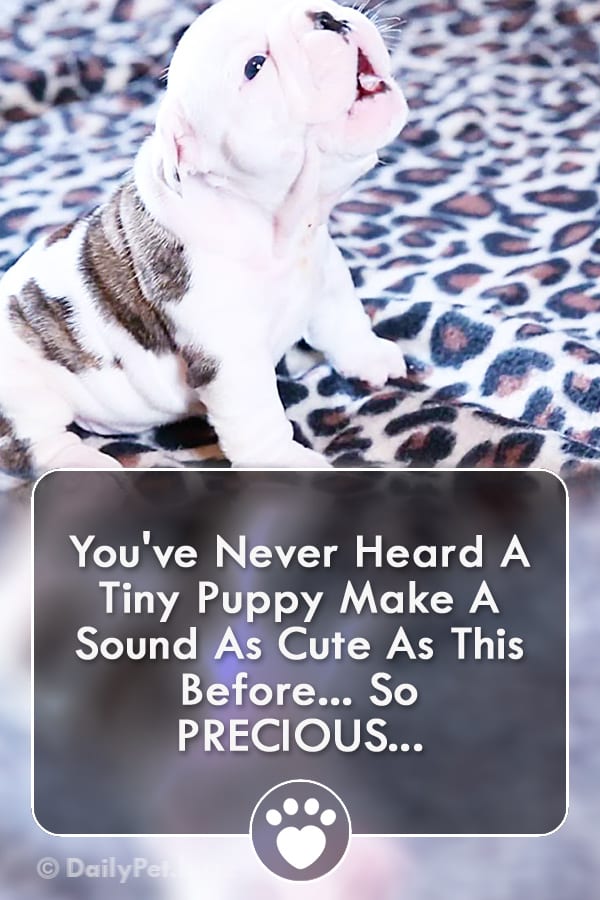