There is a reason why dogs are called man’s best friend. They are probably one of the best things that has ever happened to us as humans. They stay with us through the good times and the bad. They are loyal and they can be really patient when we need them to be. And how can we forget, they are really entertaining as well, as you will see in this next clip! This dog is so clearly in love with his owners and vice versa.

Walter Ledermüller, and someone who looks like his twin, were driving around in their car with their dog. This adorable French bulldog is called Junior and you are going to be in hysterics when you see what he does in this clip. Walter starts talking in different languages like French, Portuguese, English, and Italian. But the best part comes when Junior decides to join in on the conversation, which is something he does quite a lot. He’s already famous on the Internet for singing with these two in the car. Now he’s joining in the conversation, but when Walter speaks a language the dog doesn’t recognize, the look on his face is hilarious. And check out his outfit. This dog is just too cool.

Watch incredible trio! Isn’t he the cutest? Be sure to share your thoughts with us in the comments! We’d love to hear from you! If you were totally entertained by Jesse’s antics in the car, please be sure to share this clip on Pinterest and check out other clips of Jesse and his owners in the car. 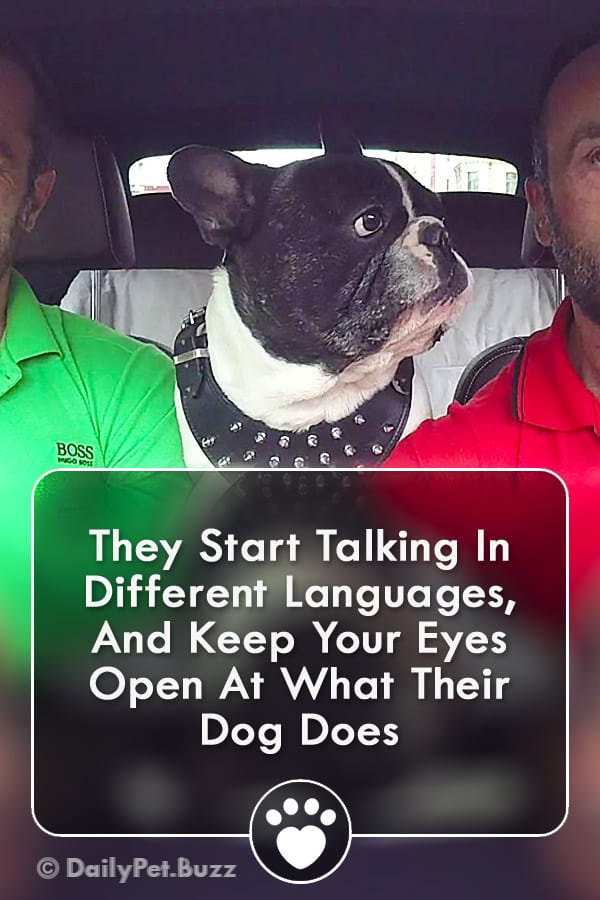